Delayed Issuance of Building Permits in Ghana Must Stop 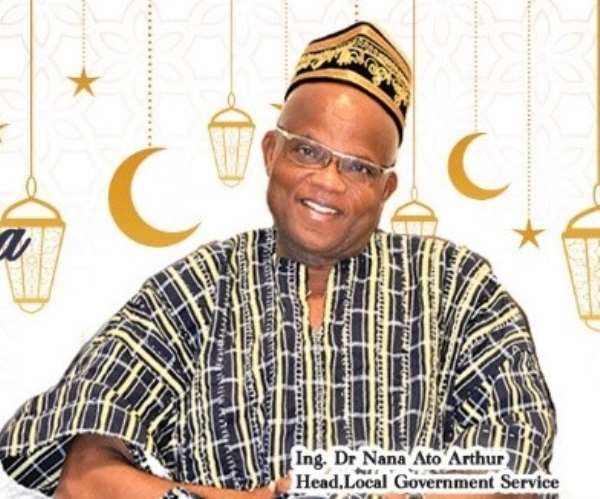 Across many districts in Ghana, it is difficult for people to obtain building permits from the District/Municipal/ Metropolitan Assemblies that have been mandated to issue such permits for physical infrastructural development. The issuance of the permits over delays. The Local Government Act, 1993 (Act 462) clothes the District Assemblies with the power to issue such building permits. One may refer to sections 49, 50 and 51 of that law for more education. Most of the District Assemblies have not performed well in this regard. It is a sad reality. To my mind, the germane factors for this performance gap over the years are bureaucracy (red tapism) and corruption. In this piece and in accordance with article 295 (1), District Assembly has been used as a collective local governance phraseology for District, Municipal and Metropolitan Assemblies.

The District Assembly (DA) is a constitutionally established local government entity in Ghana. The DA is the highest political authority in the district. The Constitution therefore clothes the DA with deliberative, legislative and executive powers. By these powers, the DA discusses or debates local governance issues and problems (deliberative power). The DA also makes and enforces byelaws in the district (legislative power). The DA equally makes policy and administrative decisions and implement them as well, for local developmental purposes (executive power).

The DA’s function as the issuer of building permits in every district emanates from the Local Government Act, 1993 (Act 462). Section 49 (1) of this law states, “A physical development shall not be carried out in a district without prior approval in the form of a written permit granted by the district planning authority.” This approved physical development permit is what has become known as a building permit in Ghana. The law mandates the DA in section 50 (1) to levy charges for physical development permits issued. As such, potential property owners do not get the permits free. The only exception is that the law does not allow the charge for permits in a situation whereby the use of an existing building has been or is being changed [section 50(2)].

Section 51 of the Local Government Act, 1993 provides for the issuance of conditional and unconditional building permits. A conditional permit is one that is given on the ground that the property developer will fulfil certain conditions at site. An unconditional permit is one that does not come with any required conditions. At the same section 51, the law mandates the DA to even refuse to grant a permit with the conditions overtly communicated in writing to the property developer. Even after the permit has been given, it may be revoked or additional conditions may be granted and the revocation goes with some payments.

Unfortunately, the DA officials who go to the field have enforced these sections with bureaucracy and alleged bribery and corruption. Such a corrupt scheme of things cannot lead to any well planned and meaningful physical development. Potential physical developers are delayed unnecessarily.

It is rather sad to submit that the DAs have overly abused their power in the issuance of the building permits across the country. This has brought many challenges for individual property owners over the years. This abuse of power has not only led to needless bureaucratic processing in obtaining the building permit but also led to property owners taking the law into their hands. Most residential buildings are put up on waterways while some are built haphazardly to the extent that fire tenders cannot reach the area in times of fire outbreaks.

Government’s affordable housing projects are a fiasco so each individual in Ghana tries to put up his or her residential houses. As if that is not enough to be termed a difficulty, the DA officials decide when they will give you the permit. Some people finish building their houses before the permit is issued to them. Meanwhile, they applied for the permit prior to starting the project.

The DAs have virtually failed in the performance of this very important duty. Consequently, some of the property owners use the same red paint and inscribe on the uncompleted buildings, “Stop work now. Produce permit.” This is what the DA officials write on such unauthorized structures when they go on inspections. The self-inscriptions by property developers make the DA officials on inspection to think that their colleagues had been at that building site already. The project continues until completion and the rest is to pay bribes and get the utilities connected to the building. This is a pretentious local governance system. The DAs approach the issuance of the building permits as though we lived in a banana republic or we are in a failed state or both.

Ghana needs to learn a lesson or two from India in this regard. India introduced an automated public service delivery system called Management, Instrumentation, and Discovery (MID) Server Services. This involves the use of a Java application that runs as a Windows service on a server in a local network.

The MID Server services are organized in such a way that several computers are installed in one location to provide various public services. Each computer represents a public sector organisation. If it were in Ghana, then it means for example, that the NHIS, DVLA, Electoral Commission, Passport Office, Birth and Death Registry, District Assembly etc. are located in one room, represented with only one or few computers. This way, you process various documents all at one location on the same day. There is no need driving around town for such services.

The MID Server service arrangement has reduced bureaucracy drastically in India, especially in Hyderabad where I witnessed it first-hand. This is because one has to do some of the transactions online before going to that office for a building permit or any other documents.

Until we get to an acceptable level of building permit issuance by the DAs, the Local Government Service needs to sit up and plays its mandated roles a bit more effectively. It should be noted that failure to perform a mandated duty is actionable in court. Issuance of work permits is nothing so complex to warrant unnecessary delays and bureaucracy. Paradoxically, those DA workers seek for services at other government institutions and they want it expeditiously provided. Do unto others what you would like to be done unto you. That is what the sacred book says. I must admit however, that the Town and Country Planning officials had done well in most communities in the Bono, Bono East and Ahafo Regions. Most of these communities are well planned as linear settlements.