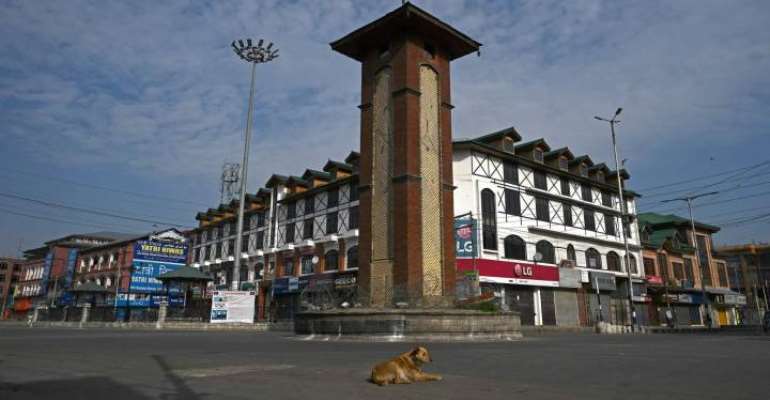 A top Kenyan politician has apologised for flouting a dusk-to-dawn curfew imposed to help stop the spread of the novel coronavirus.

Nairobi Senator Johnson Sakaja was over the weekend found drinking at a pub in the capital, Nairobi, hours past the 21:00 curfew.

He was briefly detained at a city police station before being released on a free police bond. He is now due to appear in court on Tuesday but says he is ready to take responsibility for his actions.

He has also relinquished leadership of a key Senate committee that was overseeing the country's response to Covid-19.

A video emerged Sunday on social media showing the young senator in a police cell arguing with police officers following his arrest.

Kenyans have complained that the strict restriction measures are being applied selectively, with politicians openly flouting them by holding large meetings that have been outlawed.

Police have also come in for criticism for beating, injuring, and killing Kenyans during the enforcement of the regulations.

Some of the strict measures on religious gatherings and travel restrictions from main coronavirus hotspots have since been lifted despite cases surging across the country.

Kenya has so far registered about 13,000 Coronavirus cases with 234 deaths.