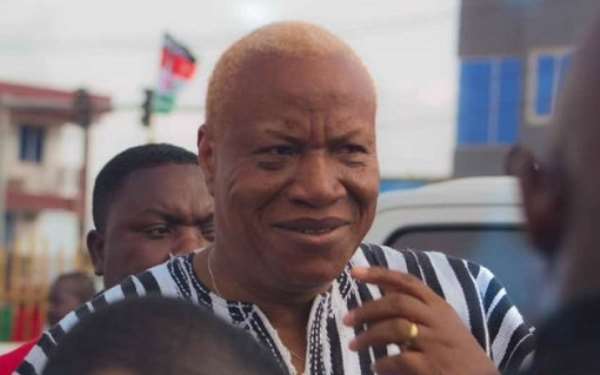 The National Democratic Congress has inaugurated its campaign team at a brief ceremony held at the party head office at Adabraka on Wednesday, 8th July 2020.

The ceremony done by the Leader and Flagbearer Former President John Dramani Mahama witnessed the inauguration of a 26 member Campaign Team headed by Prof. Joshua Alabi the immediate past Vice-Chancellor of the University for Professional Studies and Deputized by Mr. Peter Boamah Otokunor, a Deputy General Secretary of the NDC and Mr. Alex Segbefia, a Director of International Relations of the NDC and former Minister of Health.

President Mahama expressed his utmost confidence in the ability of the team to deliver the much needed resounding victory for the NDC and the teaming Ghanaians who are hungry for change.

The campaign team boasts of members who are seasoned politicians and professionals with a track record of getting things done and meeting set targets. Below is the full list of the NDC’s campaign team members.

The Campaign Manager, in his address, assured the Flagbearer, President Mahama and the NDC of the teams full commitment to a tireless work to deliver a resounding victory for the NDC and President Mahama.

Latest Photo Reports
Catch up with all the political quotes from our politicians.
Advertise here
More NDC News
ModernGhana Links
2020 polls: 'We didn't go to court over pink sheets' – Former NDC MP
Election 2024; NDC needs a fresh candidate to claw back power - Dela Coffie
Calling on gov't to complete your projects is an endorsement of NPP's 'break the 8' agenda for 2024 — Stephen Atubiga to NDC
Withdraw fraudulent suspension of Salaga South Constituency Executives immediately — Concerned NDC Supporters
‘Give us our harbour or resign for being unfaithful, untruthful’ – Cape Coast NDC tells Akufo-Addo
“Even those who lost elections are thanking people, what are their problems with me inspecting projects?” – Akufo-Addo jabs NDC
We appalled by machiavellian tactics to get MCE nominees confirmed — Western North NDC
2020 polls: We could've also gone on promise spree like NPP – NDC
Tell your family and friends choking the payroll to forfeit their juicy jobs and go into entrepreneurship — NDC’s Basintale
TOP STORIES