Why is it only in Ghana that International Border Demarcations Separating Lands and People into Countries is a Major Problem? 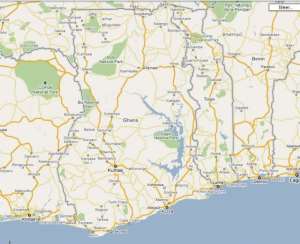 For cheap and dirty politics, some power-drunk politicians or opportunists in Ghana, have always made issues with the recognised international demarcations separating lands into nations of people. This madness of the Ghanaian becomes too conspicuous, especially, during the registration of the Ghanaian electorate on to a Voter roll and during general elections.

Some tribes of people at the border areas who unfortunately find their kindred in both countries, e.g. the Ewes, Ayigbes or Anlos in Ghana and Togo, have often raised issues with their nationality when it comes to the exercise of national electoral registration or exercising one's franchise in general elections.

Once a tribe has unfortunately been separated into two distinct countries by virtue of the internationally recognised border demarcations, each section bears the nationality of the country in which it finds itself. The members of the tribe cannot claim to have automatic right to dual citizenship, thus, being a national of say, Togo and Ghana, at the same time, should we consider the Ewes/Anlos/Ayibges. Those in Ghana are Ghanaians with those in Togo being Togolese. Period.

Therefore, it is just insanity on the part of anyone to seek to court the support of, and to irrationally agitate for the voting rights for, their kin found on the other side of the border, just to enhance their political chances of winning general election in the country where they (those seeking the support of the other) live.

Some of the Ghanaian Voltarians (Ewes/Anlos) as selfish and power-drunk as they are, always incite their fellows to demand for the registration of their kinfolk on the other side of the border, thus in Togo, to be allowed to register on to the Ghana electoral register to vote in Ghana general elections. I have never understood their reason for doing that and will never understand them, regardless of the history of the Trans-Volta Togoland.

The UN supervised a plebiscite in British Togoland (Western Togoland) on May 9, 1956, and 58 percent of the voters supported integration with British Gold Coast, now Ghana. The Eastern Togoland, now Togo, became a French territory.

Why then is it that the Western Togoland (Volta Region) people now feel that the Togolese are their kin so they should be allowed to have dual nationality to be able to vote in Ghana elections and Togo elections at the same time? Are the Voltarians accorded the same voting rights in Togo? No, as far as I am aware of.

I do not have to spend my precious time discussing this madness that keeps recurring when Ghana is compiling a voter register or going to general elections. Let me cite examples in the civilized whiteman's land where similar tribes may find themselves in two separate countries but neither part of the tribe claims voting rights in both countries unlike how a few selfish Voltarians are vehemently but insanely agitating to see happen in Ghana for their kindred in Togo, nor claim dual nationality.

" The majority of Belgians, however, belong to two distinct ethnic groups or communities (Dutch: gemeenschap or French: communauté) native to the country, i.e. its historical regions: Flemings in Flanders, who speak Dutch and Walloons in Wallonia who speak French or Walloon"

" Historically, Austrians were regarded as ethnic Germans and viewed themselves as such. Austria was part of the Holy Roman Empire and the German Confederation until the Austro-Prussian War in 1866 which resulted in Prussia expelling Austria from the Confederation. Thus, when Germany was founded as a nation-state in 1871, Austria was not a part of it" – Wikipedia.

The Austrian Germans do not claim dual nationality nor seek to vote in Germany elections and vice versa. They respect the recognised international nation-border demarcations. Why is it only in Ghana that some particular tribes persistently refuse to accept the reality as to their division into separate countries and nationalities?

The political parties seeking to set Ghana ablaze by their insanity should please give me a clean break from their madness! I have a lot more important things to write about concerning the safety, protection, and prosperity of the black person in this racially-filled world of today so the Ghana politicians must please spare me their selfishness, insatiable greed and politics of propaganda of lies.

The author has 2051 publications published on Modern Ghana.

Thank You For Recognizing Your Landlords – Regional House Of...
42 minutes ago