By Nina Larson with AFP bureaus 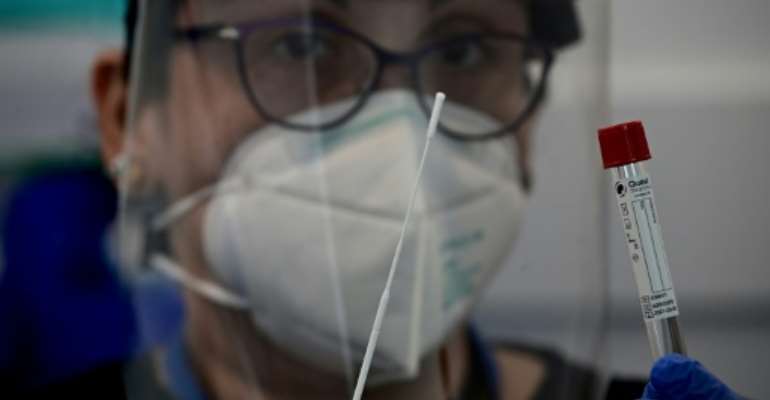 Coronavirus cases have surged once more in the US where the first airport-based COVID-19 testing facility has opened at JFK International. By Johannes EISELE (AFP)

Coronavirus infections hit their highest level worldwide in the past week, WHO data showed Wednesday, as the worsening pandemic in the United States held out the prospect of a grim Independence Day.

In the worst seven days since the start of the crisis, World Health Organization chief Tedros Adhanom Ghebreyesus said the number of new cases had topped "160,000 on every single day".

The milestone came as the European Union left Russia, Brazil and the US off its final list of nations safe enough to allow residents to enter its borders. The US's daily death toll passed 1,000 on Tuesday for the first time since June 10.

US infectious diseases expert Anthony Fauci said the United States was heading in the "wrong direction" and warned it could soon see 100,000 cases a day.

Several US states imposed 14-day quarantines on travellers from other states ahead of the annual July 4 festivities on Saturday while California suspended indoor dining at restaurants in Los Angeles.

The EU hopes relaxing restrictions on countries from Algeria to Uruguay will breathe life into its tourism sector, choked by a ban on non-essential travel since mid-March. 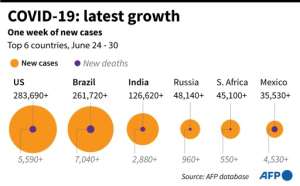 Chart highlighting six countries with most new cases in the past week.. By John SAEKI (AFP)

Travellers from China, where the virus first emerged late last year, will be allowed to enter the bloc only if Beijing reciprocates.

However, with over 10 million known infections worldwide and more than 500,000 deaths, the pandemic is "not even close to being over", the World Health Organization has warned.

Data provided by the UN health agency for the seven days from June 25-July 1 showed the highest number of new daily cases ever recorded came on June 28, when over 189,500 new cases were registered worldwide.

According to the United Nations, the coronavirus crisis could cost global tourism and related sectors from $1.2 to $3.3 trillion in lost revenue.

Greece, which has suffered fewer than 200 virus deaths, has seen its economy hit hard by lockdowns and travel restrictions -- all but ending its lucrative tourism season before it began. 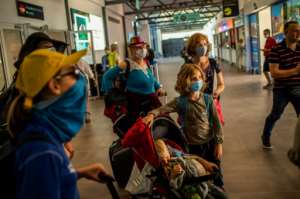 Passengers from Hungary were among the first to arrive in Corfu after several months of restrictions. By ANGELOS TZORTZINIS (AFP)

Romanian Cojan Dragos was "the first tourist" in one Corfu hotel after driving with his wife and daughter.

"We have the whole hotel just for us," he told AFP.

Separately, Spain and Portugal held a ceremony as they reopened their land border.

The Netherlands also confirmed the reopening Wednesday of another tourist draw -- its brothels and red-light districts.

"I'm totally booked," said sex worker Foxxy, adding that she had held a "little party" when she heard restrictions would be lifted.

Russia did not make the EU's list of approved countries so its citizens will be absent from the bloc's tourist hot-spots. 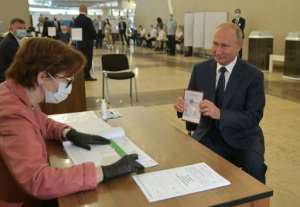 Russia did not make the EU's list as it voted on constitutional changes that will hand Putin power for another 16 years. By Alexei Druzhinin (SPUTNIK/AFP)

The country was, however, enjoying a public holiday Wednesday as it voted in a referendum to approve constitutional changes allowing President Vladimir Putin to stay in power for another 16 years.

Putin was forced to postpone the vote in April as his government tackled an outbreak that has infected almost 650,000 people -- the third-highest in the world.

In other countries, clusters are still causing problems.

The German state of North Rhine-Westphalia has extended a lockdown on a district hit by an outbreak at a slaughterhouse. 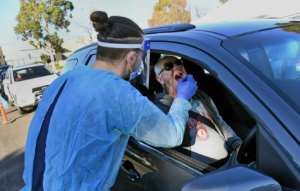 Around 300,000 people in Melbourne are preparing to return to lockdown. By William WEST (AFP)

The Palestinian Authority also announced a five-day lockdown across the West Bank after a surge in confirmed cases.

And textile factories in the central British city of Leicester were suggested as the reason for a spike in infections that has prompted the reimposition of local restrictions.

In the US, Fauci, a member of President Donald Trump's coronavirus task force, warned Congress Tuesday that officials were "not in total control right now". 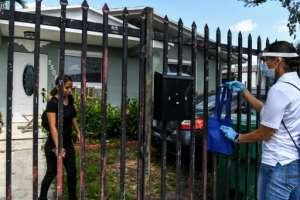 Government workers are handing out free masks and protective advice in Miami amid a surge in cases in Florida. By CHANDAN KHANNA (AFP)

Spikes in Texas and Florida are driving the national increase, Fauci said.

The Pan American Health Organization warned, meanwhile, that the death toll in Latin America and the Caribbean could quadruple to more than 400,000 by October without stricter public health measures.

The US government announced this week it had bought 92 percent of all remdesivir production -- the first drug to be shown to be relatively effective in treating COVID-19.

Britain and Germany, however, said Wednesday they had sufficient stocks of the drug.

The financial world continues to reel from the disease's impact, with travel restrictions tearing through the aviation industry in particular.

European aircraft maker Airbus said it was planning to cut around 15,000 jobs worldwide.

Around the world, sporting events also continued to fall off the calendar, including the 2021 Africa Cup of Nations and the remainder of this year's World Rugby Sevens Series.

And while lockdown measures have been a disaster for many, some have welcomed the chance to spend more quality time with hard-working partners.

"Maybe it was because we were healthier and not exhausted anymore, and we had lots of quality time together at home," said Indonesian Novarina, pregnant with her first child after two years of trying.

"My husband and I joke that this is a corona baby."