Blasphemy Is A Right, Not A Crime 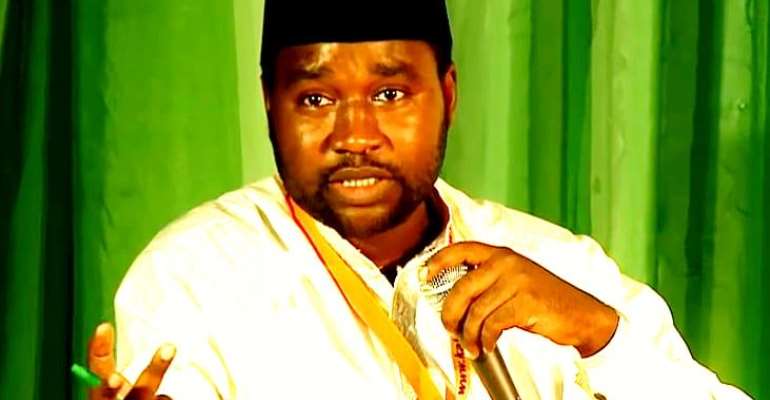 The arrest of Nigerian Humanist, Mubarak Bala, has generated heated debate on the issue of blasphemy on various platforms. Opinions are divided regarding the status of contempt of religion and how alleged blasphemers should be treated. In this piece, I draw attention to a perspective that analysts often overlook-that blasphemy is part of everyday discourse. People indulge in one form of blaspheming or another. Contempt of religion is part of the universe of faith and belief. I suggest that it is utterly senseless for some religious believers, Muslims in this case, to accuse somebody of blasphemy. I submit that blasphemy a right, not a crime, and should be respected and not penalized.

As a backdrop to my argument, a quote by George Bernard Shaw is instructive. It states: "All great truths begin as blasphemies". Yes, all great truths! It may be important for those who lodged the petition against Mr. Bala to ask: Do those Facebook posts contain some truths? What if Bala has drawn attention to a veritable side of the prophet? Look, truth claims need not be pleasant. They need not be comforting or good to hear and behold. Truths are not necessarily meant to soothe the nerves. It is in the very nature of truth to reveal and open the eyes of the recipients. So truths are bitter and painful to hear and bear. Especially in this case where people have been mentally conditioned not to question or think; people have systemically been lied to, and been told to unquestionably embrace falsehoods as truths. So proposing new truth claims could be painful and irritating. Consider the case of the inmates in Plato's allegory of the cave. The light of truth is unsettling and unnerving to the extent that recipients become hostile and attack truth-bearers. Along the line of Shaw's quote is another saying that the truth that is bitter is the truth that liberates. Thus blasphemy is a trigger, a harbinger of great discoveries, discomforting insights, painful liberation, and enlightenment.

By implication, all those who profess these religions and philosophies are blasphemers. Traditional religionists, Christians, and Muslims are blasphemers. One faith is an exercise in contempt of other faiths and philosophies. Humanists, atheists, freethinkers, existentialists, materialists, empiricists and rationalists are blasphemers. They are espousers of truth claims and ideas that provoke or annoy others. So if one's religion is relatively a set of profane ideas how can one meaningfully accuse another person of contempt of religion? How can a sacrilegious speaker accuse another person of making a sacrilegious speech? In the case of Mr. Bala, there is no justification for the allegation of blasphemy because those Muslims who lodged the petition are blasphemers. What they believe and what Bala believes are mutually profane.

Muslims who petitioned the police should have realized that the prophet of Islam was a blasphemer and was in contempt of the religions of his time including Christianity. It can be recalled that the prophet of Islam at a point fled Mecca to escape persecution. Just like the petitioners and their Muslim supporters, the people in Mecca at the time of Muhammad were angry and upset by the prophet's blasphemous propositions.

Incidentally, it was based on his contempt for other religions and philosophies of his time that Muhammad along with his followers founded Islam. By extension, Muslims are partakers in this tradition and heritage of profanity. As a habit, Muslims blaspheme against other religions and philosophies including humanism and traditional religions every day as they pray and practice their faith. The Qur'an is filled with passages that speak disparagingly about infidels and other nonbelievers. Even there is saying in Hausa, arne arne ni, an infidel is an infidel. This expression is a demeaning epithet that Hausa Muslims use to reference nonbelievers.

Relative to other religions, the Islamic declaration: There is no other god but Allah and Muhammad is the messenger is a blasphemous statement because other religionists believe in the existence of other Gods and do not recognize Muhammad as a messenger or a prophet. So how could someone who blaspheme as a religious habit daily justifiably accuse another person of blasphemy? That is difficult to comprehend. And it will be more difficult to prove beyond a reasonable doubt in a court of law. As espousers of one religion or philosophy, human beings are all blasphemers. Blaspheming is a part of everyday religious and philosophical discourse and practice. Blasphemy is a right, not a crime. It is a right that all those who founded religions including the prophet of Islam exercised. It is a right which all who practice religion including Muslims exercise.