EC Has Never Been This Biased: Voter Suppression Tactics In The Age Of Akufo-Addo 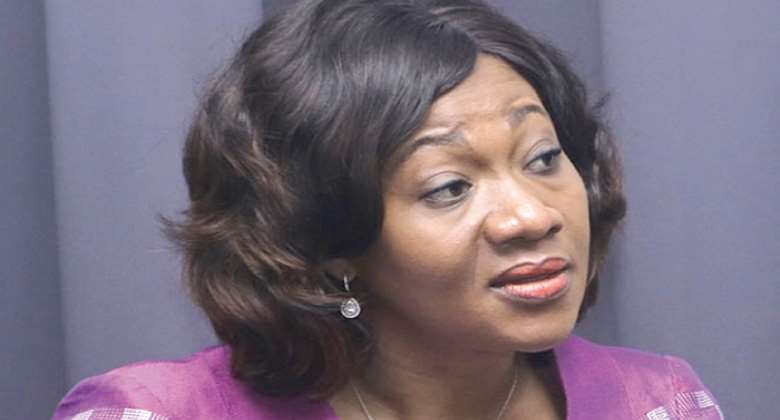 Census data complements voter registration data and also provides insight on the eligible voting population. With census data, analysts can easily assess trends in registration rates and understand the degree to which different segments of a voting population are over, or underrepresented in the registry. That was why Dr Emmanuel Akwetey asked "How do you determine that a register is bloated when you don't know the size of your population". Before the 2004 registration exercise, some Ghanaian statisticians claimed, the voters' register, which was compiled in 1995 for the 2000 Elections, was bloated. That list had 10 million registered voters and was based on a 1984 census which had calculated the entire population of Ghana at a little over 12 million.

In the 2000 election, only 7 million people voted.

In 2000, the statistical service conducted a population and housing census, which placed the country's population at almost 19 million. 2.6 percent growth was recorded. We need to build an election system based on pro- voter policies and practices that drive participation by all eligible voters. To do so, first, barriers to registering to vote and voting must be eliminated, and reforms must be implemented in order to enable all Ghanaians to cast a ballot that will be securely counted

When people exercise their power as voters, they can elect local and national leaders who are responsive to and reflective of the communities they serve. That is one cardinal point the EC must recognise and be guided by. Problems of low voter participation, which includes structural barriers that keep Ghanaians from having their voices heard as well as widespread disillusionment with the political process must not be encouraged. Obstacles to voting and distrust in government and the electoral commission have repercussions for representational democracy, which will eventually lead to participation gaps across demographics as well as elected bodies that are unrepresentative of the broader population of Ghanaian citizens.

It is the duty and the responsibility of government and the electoral commission to make the population legible through the development of accurate registration and identification mechanisms. The case of voter registration confirms the importance of state capacity as a prerequisite for successful democratization and for the improvement of democratic quality. The casual link between voter registration and state building is complex and that the effort to develop accurate records can go hand in hand with conflict and societal division.

In the production and maintenance of a voters' register, the link to be expected between the register and the type of registries depend on two factors. The legal administrative tradition and the special circumstances under which the registration is conducted. In general, the main link between voters' register and civil registries is the requirement of a birth certificate as proof of citizenship (which is normally defined by nationality), and a proof of residence. The link of voters' register with population censuses can be found in the facilitating role of census data for the organization of voter registration, and the disaggregating of voter lists into constituencies We need the population statistics to use it crosscheck with voter lists to assess the size or age of segments of the population that will be eligible for enfranchisement at the present time and future.

To eliminate the possibilities of fraud and build confidence in our electoral process, the Electoral commission should clean the existing register by removing ghost names, and also undertake register cleaning measures and then proceed to register new voters. The electoral commission itself told the world on different platforms that the existing register is credible so, why the haste to compile a new register with all these registration barriers. Certification by the birth and death registry should be the main proof of citizenship and the proof of age and citizenship are the fundamental requirements for voter enfranchisement.

The supreme court ruled that the electoral commission must delete names of minors, dead persons and persons who had registered with the national health insurance card. It was and still the duty and responsibility of the electoral commission to ensure that that decision is followed to the letter. Refusal or inability of the commission to delete such names (persons) from the register should not disenfranchise eligible voters whose taxes are used to pay the Electoral commission officials and finance their activities. In Nigeria, the INEC, said it had registered 70 million people to vote in their last election. Critics questioned the authenticity of the figures. The commission defended the number claiming the voters registered in some part of the country were consistent with their population. So, we come to the issue raised by Gabby Otchere-Darko about the number of voters in Ketu North. I don't know the basis of his illogical argument. But the truth is that if we have accurate population figure and accurate demographic pattern, such dangerous statements will not emerge at all.

The international covenant on civic and political rights (ICCPR) contains two guarantees relevant to voting right in Ghana- Articles 25 and 26. Among the two articles, the stronger argument for full voting rights is based on Article 25, which states in relevant part, "every citizen shall have the right and the opportunity without unreasonable restrictions to take part in the conduct of public affairs, directly or through freely elected representatives. On this face, Article 25 contemplates no exception for those citizens the Electoral commission is planning to disenfranchise. Article 26 of the ICCPR furthermore states, in relevant part, " all persons are equal before the law and are entitled without any discrimination to the equal protection of the law". Disenfranchisement of eligible voters through introduction of obnoxious and repressive laws and barriers runs afoul of the ICCPR , where the intent was to dismantle all distinctions among citizens in the exercise of political rights and extend the universal suffrage to all.

Jean Mensah and her EC must listen and respond to the people's concerns. Loss of confidence in the EC would destroy trust in the democratic order, which is truly dangerous for everyone.

Presidency is now a barbershop giving “haircuts” to people’s...
15 minutes ago

Monitoring appointees for reshuffling should not be seasonal...
1 hour ago