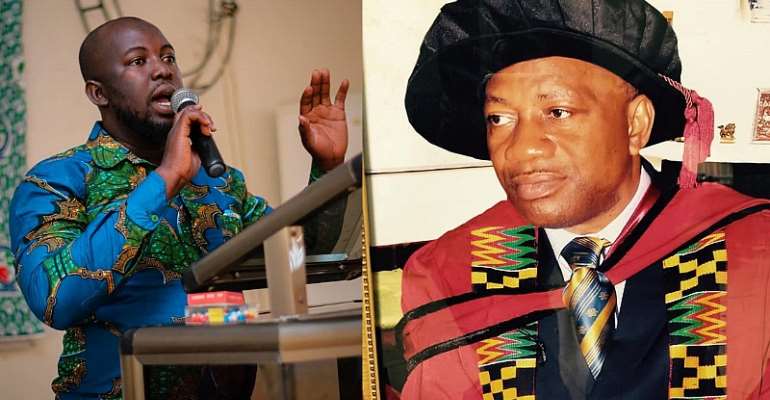 The Wa Central MP is currently the longest-serving MP who is contesting for re-election within the Upper West enclave. He came to the scene in 2005 after winning the 2004 parliamentary elections and has since been representing the Wa Central constituents. Unlike other MPs including Hon. Alban Bagbin, Hon. Kennedy Agyapong and the likes had been investing in human resource development. The Wa Central MP has been leveraging on religious fragmentation, sectionalism, and sentiments to win elections. Over the years, the odds in the political dynamics of the Wa Central has been beneficial to the Hon. MP. He has easy victories from primaries to Parliamentary elections just because the geopolitics of the Wa Central favours him.

He has been a Minister of State in- Charge of Public-Private Partnership. The question is how many Public-Private Partnership initiatives did the youth of his constituency benefit? How many businesses did he influence to come to Wa? Of what benefits did his tenure as PPP minister beneficial to his constituents? For being a one-time Minister of Youth and Sports, I think it was just a fun- fare and so, the least said, the better.

Hon. Dr. Hassan Rashid Pelpuo's political ideology seems to be 'caging' or suppressing the dreams of young NDC men and women within his constituency. What pragmatic plans and programmes as an MP did he put in place for youth development. We have seen other MPs resourcing Science Teachers, providing proper support systems for educational attainment, and a robust foundation for youth empowerment initiatives. Election 2020 should be a new dawn for us as people to scrutinize political aspirants from the lense of track records, ideological perspectives, and transformational leadership. We cannot vote for an MP for 16 years and young people have nothing to show for. His predecessor has everlasting legacies. Hon. M. A. Seidu has invested in human resources and established private basic schools that have contributed to laying a good foundation in ensuring quality education in training professionals ranging from Doctors to Lawyers; Teachers to Accountants; economists to sociologists and so on. So if Hon. Rashid should leave office today, what is he to be remembered for? Besides 16 years in parliament, nothing significant to say.

As young people, we have been zombies to think that, gender, religious, and ethnic fragmentation is the best guide to voting for our political leaders. Let us think critically; what difference in terms of influencing youth growth & development does Hon. Dr. Hassan Rashid Pelpuo as a political leader injects in our lives as his kin's men & women or Brenden in the lord?

As an educationist who holds a PhD degree in Economic Development Policy from the premier university in Ghana, he should have known better that; the youth of his constituents deserves a policy plan from him. It is time we the people of Wa central constituency reason beyond politics and not to worship political good fathers who trampled upon our future and destiny. Until we have the sense of we feeling and Wa Central as our priority, individual greed and selfish desire will allow politicians and Hon. Dr. Hassan Rashid Pelpuo in particular to continue to cage the future of we the youth. The truth they say is bitter. However, to free ourselves from political bondage, the truth must be told.

The situation of Wa Central appears as the case of people who are blind and the person with one eye is made the chiefs. So now that, there are a lot of people in Wa with two eyes who can see the path to leading Wa to prosperity. It is time young men should rise and protect their future. Political leadership should shape the future of young men and women because we are the leaders of tomorrow. Either we preach against poor leadership or we remained silent and suffer the consequences of underdevelopment and youth suppression.

Feature Article
Powered By Modern Ghana
It Is Not A Time For Grief, It Is A Revelation Time
NDC Out-Smartly Avoid Bawumia and Jane Vice Presidential Debate
Muntaka Needs “Mental Screening,” Not Just Health Screening
Kufuor Did What Every Astute Politician Would Have Done
National Cohesion: the consequences of Article 55(3)
Why No African Leader Has Handled The COVID-19 Pandemic Better Than Akufo Addo
Yom Teruah, The Feast Of Trumpets: Pay Attention!
How Civil Society Organisations Like STRANEK Can Help Unravel The Agyapaapabi-Assaaseyaa Jersey-SPAC-Heist
Let's Collaborate In Efforts To Curb The Carnage On Our Roads
COVID-19 Updates Live Dashboard
TOP STORIES