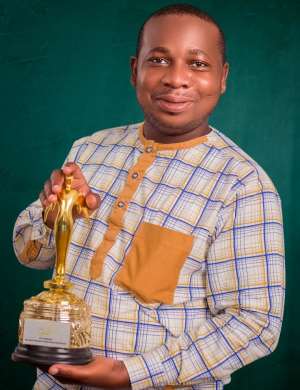 The Award Winning Morris Banaamwine is a Professional Journalist, a Trained Development Practitioner, a Social Entrepreneur, a Distinguished Master of Ceremony and a Social Activist. Morris Banaamwine holds a Diploma in Journalism and Media Studies from the Institute of Commercial Management ICM in the United Kingdom (UK), Diploma and Bachelor of Arts Degree in Integrated Community Development from the University for Development Studies (UDS, Wa Campus) now the Simon Diedong Dombo University of Business and Integrated Development Studies (SDD- UBIDS).

Morris Banaamwine is a decorated Media Personality that has contributed to changing the narrative in the World of Journalism and the media landscape in the Upper West Region in particular. Currently, he is the Head of Programmes and News Editor and host of the award-winning Super Morning Show on MMD Radio Progress dubbed ‘The Super Morning Drive’.

Remarkably, winning coveted awards including 2021 Radio and Television Personality Award (RTP)’s Radio Personality of the Year category, Northern Sector was not surprising as he is a Journalist par excellence with a difference. This year which marked the 11th edition of the much-anticipated award show came off at the Movenpick Ambassador Hotel in Accra on Saturday, November 6.

The rest are Host of Wake up Tamale of Radio Tamale Ibrahim Angaamwine Alhassan, DJ Zampreyal of GBC Radio Savanna and Akosua Kwarteng Boatemaa all in the Northern Region.

Morris Banaamwine in his early life in the media landscape was with the State Broadcaster Ghana Broadcasting Cooperation (GBC) Radio BAR and Upper West as a Radio Presenter/Reporter and rose to stardom in 2017 as Host of Radio Mak’s Super Morning Show ‘Upper West in Perspective’ as well as Mak Daily Connect; which was undoubtedly the most popular and listened to socio-political talk show on Radio Mak in the Upper West Region.

The versatile, multifaceted, vociferous and vivacious Broadcast Journalist found his voice on the microphone by the Former Regional Director of GBC Radio Upper West, the late Chris Alabila of blessed memory and worked harder to become one of the sought-after news anchors and show Hosts.

Currently, Morris Banaanwine has been working as the Upper West Regional Correspondent of the EIB network.

As a Senior Executive at Radio Progress as Head of Programmes and Host of Several Programmes at MMD Radio Progress including the most popular and listened to socio-political and developmental oriented shows, the Super Morning Drive, Bombi-Ayireng (What is Trending) as well as Personality Profile, we can only hope to decorate and celebrate the vociferous Morris Banaamwine whiles he is alive.

Congratulations to Morris Banaamwine for the awards!