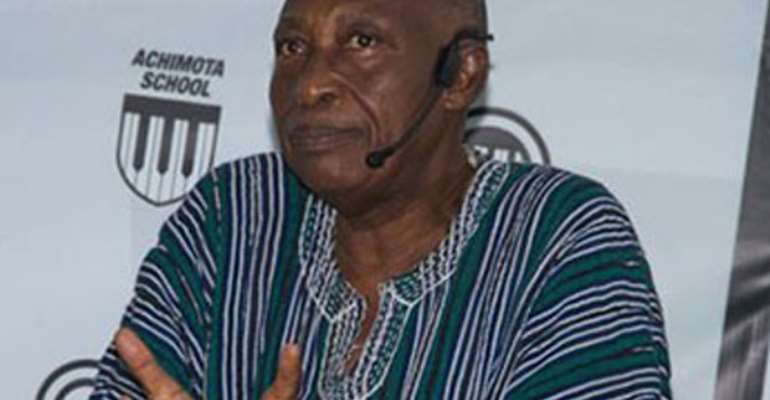 The celebrated coward who went into self-imposed exile for fear of his life returned to Ghana only when ex-President Kufuor took over power and set up the National Reconciliation Commission (NRC) is beating the war drums. He still lives in past glory and thinks Ghanaians are as gullible as they were when they were fooled into thinking that the Armed Forces Revolutionary Council who told them that they came to do some house cleaning in the military only to turn the guns on innocent Ghanaians.

When Boakye Gyan led junior military officers to spirit Rawlings from the guardroom where he was awaiting trial and went to Radio Ghana to announce the overthrow of the SMC II, we were made to understand that they came to discipline perceived corrupt military top hierarchy but before we could blink an eye we the poor civilians became the target. Boakye Gyan, who was the spokesperson for the AFRC, actively took part in the drilling and beating of poor Ghanaians in the name of the revolution and within three months this dear country of ours became synonymous with hell.

There is currently a national conversation as to whether a new voters' register should be compiled or not and this man is calling for war in case the EC compiles a new voters' register. When the going was tough and the tough kept going during the 1991 PNDC revolution, Boakye Gyan had received his huge end of service benefit from the Limann regime and flew away to the UK to enjoy good live and refused to return to contribute his quota towards nation-building. Indeed, when we were fighting to uncoil ourselves from the grip of the PNDC dictatorial regime, Boakye was nowhere to be found.

Where was Boakye Gyan when his own brother, Kyeremeh Gyan, a student of the KNUST was arrested by the PNDC for planning a coup, and summarily executed with his good friend Dra Goka, who had returned from abroad where he was schooling? When Ghana experienced a very serious famine with some Ghanaians wearing 'Rawling's chain' around their lean necks and eating roots for supper, where was this murderer who contributed to the murder of three former three heads of states and some top military officers?

The other day when I saw him on TV with a walking stick being marched to the police station after being arrested for beating the war drum, I laughed. Can this weak and feeble old useless man handle an AK-47 assault rifle when we decide to go to war? What Boakye Gyan doesn't know is that the soldiers today are not like those in 1979 who allowed themselves to be used by Boakye Gyan and his colleagues in the AFRC. Today's soldier has learnt a great deal of lesson from what happened to his colleagues after the AFRC regime. Some of these soldiers who participated in the revolution are now destitutes and cannot make ends meet. Some have gone mad and others died prematurely.

When this man had his chance at the National Reconciliation Commission, he made a mess of himself. Instead of seizing the opportunity to apologise to Ghanaians for taking part in that bloody revolution, he boastfully carried his weight and swaggered as if he mattered in the scheme of things. His behaviour at the NRC made the late Justice Amoah Sekyi, the chairman of the commission, to tell him the following: “Thank you for coming but you are not apologetic enough. You may leave.” And he left shamelessly!

When ex-President Kufuor cooled down the tension in the country which allowed those in exile to return home, Boakye Gyan took the advantage to return to Ghana. He decided to join his ace enemy's party, the NDC, when nomination was opened for the parliamentary primaries of the party he picked forms to contest. Mr. Kofi Adams protested because, according to him, the guy did not have a membership card of the NDC. When he was allowed to contest, he lost miserably. Today, he is again crying for attention which he will never get because long as Mr. Rawlings is alive, Boakye Gyan will never get a role to play in the NDC.

When I first heard of the nonsense of calling for war, I decided to ignore this man but on second thought I decided to put him in his right place in history. What prompted me to write this piece is the way the AFRC mowed down Colonel Jackson and even his dogs. One of my schoolmates was the son of Colonel Jackson and I remember the day we met after the murder of his father. We grieved together. We were told that Boakye Gyan was involved in the plan to kill the gentleman. I pity Boakye Gyan because having taken part in the murder of innocent Ghanaians, he will forever bear the tag of a murderer until he dies. And when he dies, generations yet unborn will remember him for the role he played during the bloody days of the AFRC.

But you know what? We the living who witnessed the bloody revolution will forgive him but surely we will not forget the role Boakye Gyan played as the spokesperson of the AFRC. Boakye Gyan should spare us the agony of reminding ourselves of the pain we went through when he and his soldiers held the country at ransom for three months. The ghosts of those who were killed will continue to haunt Boakye Gyan and his other colleagues. As for those who have regretted and apologised, these ghosts will have mercy on them but not Boakye Gyan. The family members of this murderer should hire him an exorcist to exorcise any evil spirit that may be haunting him, else in a matter of time he will go gaga. In my holy village, there is an old medicine man who is good at this practice. The family members of Boakye Gyan can contact me so that I can take them to the old man if they do not want a chained madman in their family house at Japekrom in the Ahafo Region.

Sometimes you do not have to blame Boakye Gyan because the flagbearer of the party he belongs to has told Ghanaians that the NDC has a revolutionary roots and that no one can face them when it comes to unleashing of violence on Ghanaians, Okoto nwo anoma (the crab does not beget a bird). Wash your hands with soap under running water, use hand sanitizers and keep social distance because coronavirus is real. We shall survive, Insha Allahu!!!