Bawumia Has Embarrassed Himself For Comparing Dumsor To COVID-19 – Suhuyini 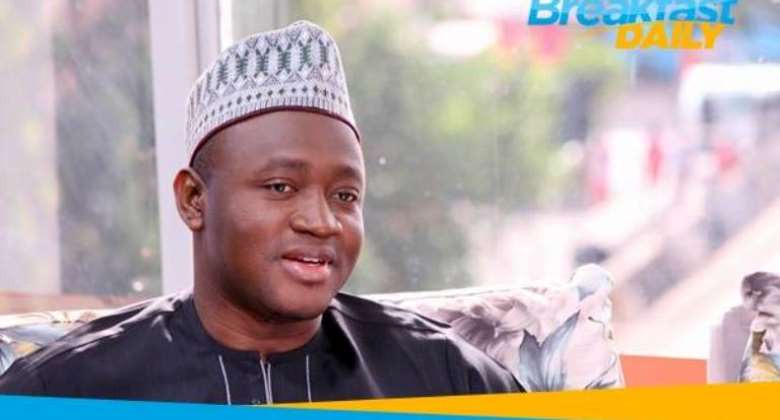 Mr. Suhuyini said Dr. Bawumia in his response to former President John Dramani Mahama did the usual thing of comparing two incidents that had different effects on the economy and Ghanaians.

Dr. Bawumia at a media engagement on Monday said the government has ensured a resilient and buoyant economy despite the harsh conditions presented by the coronavirus pandemic.

The Vice President also said the NDC government during the power crisis could not effectively manage the economy.

“Dr. Bawumia in his response only spoke about data he never shares or shared and even when he does, we all know what he is good at. Comparing apples to oranges. Embarrassing himself academically and politically. In the past, he got away with it but now people are beginning to see it.”

“He thinks he can still compare a pandemic affecting the world to something like dumsor even though we have Ebola to compare with. When he decides to share data, he avoids Ebola and does the academically ridiculous thing. Bawumia wants us to believe our economy is robust, but ask yourself where is the money government is using to deal with COVID-19 coming from. The first major tranche of money came from the stabilization fund. Since the NPP came into power since 2017, they have contributed nothing to it.”

“He talked about the expenditure still rising. The elephant-sized government not showing any signs of pruning down. He spoke to facts. Revenue is down, expenditure is down.”

What did Mahama say?

John Mahama in a Facebook interaction session last week said the much-hyped economy by the governing New Patriotic Party has failed the test of time as it is currently in shambles a few weeks after the Coronavirus outbreak.

According to him, the economy is currently in Intensive Care following the ravaging impact of COVID-19.

The former President in answering a question from a viewer about how he intends to revive the economy should he be elected as President in the 2020 general elections said the economy is struggling because it was built on propaganda.

“In reflecting on this question, this is one of the issues that we have continuously talked about that it is always necessary that when you are building an economy to have enough buffers and create fiscal space so that when you are faced with a shock or adversity, you are easily able to overcome it”.

“Unfortunately, this government has used a lot of propaganda saying the economy has been the best that we have ever had since independence. Unfortunately, just one month of coronavirus the economy is in ICU. If we didn't run to the IMF for the one billion rapid credit facility, it is possible that in the next month probably salaries would not have been paid and so our economy is on ventilators, and it needs thinking to rescue it from the ICU,” Mahama said.

Mahama's comment has already triggered a response from the Minister for Information, Kojo Oppong Nkrumah who stressed that the economy is resilient and can afford the many interventions and programmes the government is rolling out amidst the COVID-19 outbreak in Ghana.