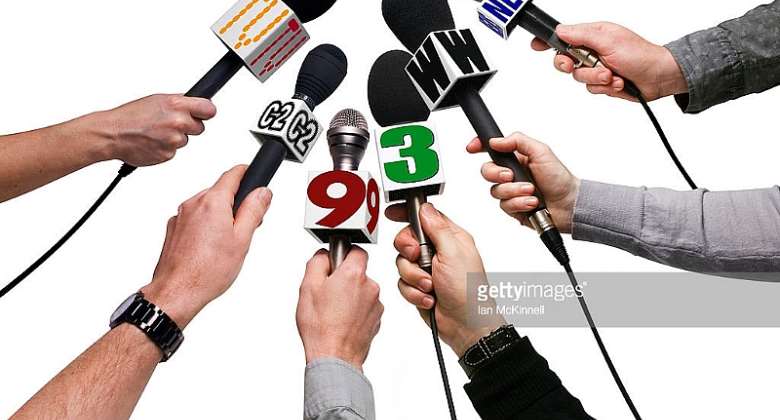 Journalists in the country will soon be benefiting from government scholarships to build their capacity.

Mr. Hadzide who was speaking on Accra based Okay Fm few days ago noted that as part of government's commitment to media development in the country, journalists who desire to upgrade themselves in terms of higher education will be supported to do.

He said this is not something that will happen far away in the future but, very soon, because plans are far advanced in that respect.

Ghana is considered a beacon of press freedom in the world and one of the best in Africa.

Out of 180 countries accessed by Reporters Without Borders for 2019.

The country also ranked second in Africa as the continent's freest country for journalists.

The media landscape in Ghana is very vibrant and credited for being a major contributor to consolidating the country's democracy, unity, economic stability and fight against corruption.

That notwithstanding, journalists and majority of workers in the media landscape are the least paid, suffering some of the worst working conditions in the country.

To this end the Ghana Journalists Association (GJA), the Media Foundation for West Africa and other umbrella media bodies keep calling on media owners, majority of which are private businesses to improve the working conditions of their staff. The government has also been constantly urged to set a fund aside to support media houses.

These calls, especially the one to government have been heightened since the COVID-19 pandemic reached the country. The already struggling media houses have been hard-hit.

However, reacting to the development, the Deputy Information Minister, Mr. Hadzide noted that government cherishes the contribution of the press towards the country's development.

Some of which have guided the fight against illegal mining (Galamsey) and currently the COVID-19 Pandemic.

To this end, government is working with the GJA, Ghana Independent Broadcasters Association (GIBA), National Media Commission (NMC) and other media stakeholders to undertake what he called the Media Capacity Enhancement Programme meant to support media personnel to further their studies and specialize in various fields.

He added that since the majority of the media houses in the country were privately owned, the government will be engaging media owners on the need to pay their Journalists well due to the sensitive nature of their job.