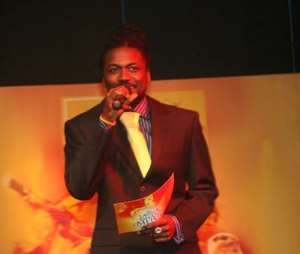 Ghana 's Afro dancehall/Reggae musician Samini, who is presently, embroiled in a controversial love web, has rendered an unqualified apology to all his numerous fans across the world and the families of the two ladies he is now married to.

In a message forwarded exclusively to peacefmonline.com from his management Samini conceded that indeed he is married to two ladies and apologized for any humiliation or embarrassment caused the two families.

The unedited message reads: 'SAMINI ACCEPTS MARRYING TWO LADIES WITHOUT PREPARING THEM FOR HIS DECISION. HE THEREFORE APOLOGIZES TO THE FAMILIES OF BOTH LADIES FOR ANY DISRESPECT OR HUMILIATION CAUSED BY HIS ACTIONS. THE MATTER IS BEING RESOLVED PRIVATELY AND THE OUTCOME WILL BE BROUGHT TO THE PUBLIC. HE ALSO SENDS APOLOGIES TO HIS FAN AND THE MEDIA AND ASK FOR THEIR SUPPORT IN TIMES LIKE THIS' , signed by Mr. Anthony Pun, Samini's Manager.

Samini reportedly got married to Christiana Aboagye Mensah, mother of his 6 year old daughter Theresa Toyila Samini in Accra last year, while she was residing in Canada, with her daughter. About three weeks ago Samini performed customary marriage rites to seal his relationship with another Ghanaian lady based in the UK, Ms. Geker, mother of his six-month old baby girl, Yelisun Samini.

The private ceremony took place in London between Samini's family and Ms. Gekar's family. The multiple Ghana Music Awards winner and MTN icon is currently pursuing a course in professional music production at the Point Blank Music College in London. He is expected back home in April to launch the CEO album which features artistes from Senegal, South Africa, UK, Nigeria, Kenya and some colleagues in Ghana.