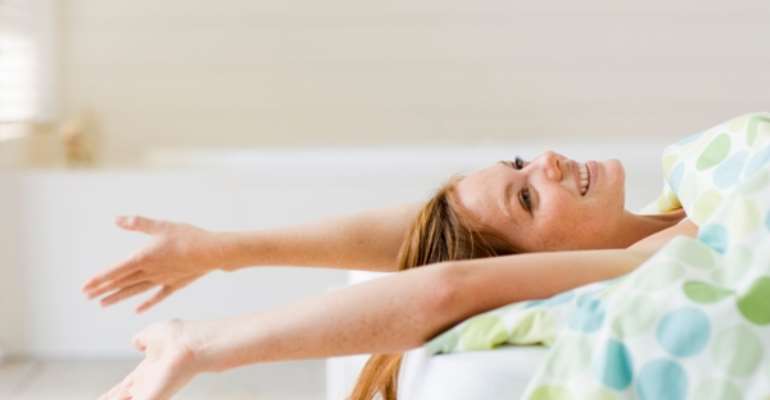 Sugar is as bad for you as cigarettes

Although sugar does not have the same stigma attached to it as smoking, the truth is indulging on sweet treats or dessert could be as bad for you as lighting up a cigarette. According to research by a University of California team, sugar is as damaging as both alcohol and cigarettes and, according to the researchers, should therefore be regulated to control consumption.

What would it take to make you happier? A better job? A larger salary? Well, according to a US study by psychologist Daniel Kahneman and his colleagues, an increase in household income actually has little effect on your daily mood. In fact, the study suggests that getting one extra hour of sleep each night does more for your daily happiness than a $60,000 raise!

Although many people use exercise as their sole method of weight management, many studies have shown that exercise, when not combined with dietary changes, does very little in respect to losing weight. A study published in The British Journal of Sports Medicine found that when a group of obese people completed 12 weeks of supervised cardio workouts without dieting, most did not experience any significant weight loss results. However, it is important to remember that, while it may not lead to weight loss by itself, exercise still has plenty of other health benefits.

Don't have time for your morning coffee? Try a piece of chewing gum instead to feel more alert. Researchers at Coventry University have discovered that chewing mint-flavoured gum could dramatically decrease feelings of tiredness. Meanwhile, separate research studies have suggested that chewing gum can improve test scores and improve memory by 35%.

Coffee can help ward off depression

We often hear about how caffeine is bad for us; however, a study from the Harvard School of Public Health has found that, for women, drinking four or more cups of caffeinated coffee a day could reduce risk of depression by 20 per cent. An earlier study of over 80,000 women also revealed that women who drink more than two cups of coffee a day are less likely to commit suicide.

Being optimistic can save your life

We all know that thinking positively can have a great impact on your happiness, however research has also revealed that being an optimist can help you live longer. Research findings published in the European Heart Journal reveal that optimistic people are less likely to suffer from heart disease, while researchers at Duke University Medical Center found that heart patients who were more optimistic about their treatment lived longer than those who were not.

Cash machines are as dirty as public toilets

Few of us would wash our hands after getting money out from an ATM machine; however, cleanliness tests in Britain have revealed that cash machines are just as dirty as public toilets. Experts assessed swabs from the key pads on cash machines and also from nearby public toilets and found that they both contained the same types of bacteria known to cause sickness.

Many people have felt at times like they were going to die from a broken heart, and research studies have now confirmed the existence of broken heart syndrome, a condition in which the release of adrenaline caused by shock (often due to overwhelming fear or pain) can lead to heart failure. Surprisingly research has also concluded that women are up to nine times more likely to suffer from this condition.

Less than one per cent of bacteria cause disease

In day to day to day life, we are surrounded by bacteria – in fact, healthy human skin is covered in around 1000 different species of bacteria. However, contrary to popular belief, most bacteria are not harmful and, in fact, less than one per cent cause disease. Furthermore, many forms of bacteria are actually good for you, including many of those that live on your skin and in your gut.

Stretching before running may lower your endurance

Many of us have been taught to warm up before exercise, however recent studies suggest that stretching before a run may not be beneficial to your workout. A study published in the Journal of Strength and Conditioning Research found that stretching before going for a run made a runner's body less efficient so that they did not perform as well and were unable to run as far.

"I want every Okada driver to be a billionaire" — ‘CODA Dri...
14 minutes ago