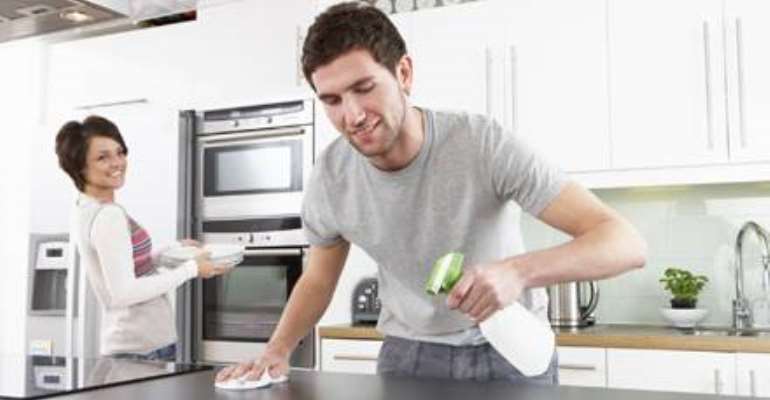 Guys, we've got good news you – research has revealed that one of the world's most popular treats is also great for your health! A Swedish study led by Susanna Larsson of the Karolinska Institute has found that eating a standard chocolate bar each week could lower stroke risk for men by 17 per cent.

It is believed that these benefits are derived from the health-boosting flavonoids found in chocolate, which can help reduce clot formation and also lower blood pressure.  Not only this, dark chocolate is also a great source of antioxidants which can help to fight disease and keep wrinkles at bay. While chocolate can be great for your health, it is worth bearing in mind that it should still be consumed in moderation and as part of a healthy lifestyle.

While men may complain about nagging wives, research has found that marriage – and a little bit of nagging – could actually do wonders for your health. Various studies have shown that married men are healthier than those who have never married or have been widowed or divorced. They are also more likely to lead healthier lifestyles, indulging less in alcohol and cigarettes and exercising more often.

In fact, a 10 year study of over 3,000 adults showed that married men had a 46 per cent lower death rate over the course of the study than those who were unmarried. It is thought that these health benefits may be partly due to the social support gained through marriage, but also may stem from the nagging married men receive to go to the doctor when required.

While T-shirts themselves may not miraculously improve your health, swapping restrictive shirts and ties for more comfortable tops could give your wellbeing a boost. Wearing tight shirt collars and ties can reduce blood flow to the brain and increase intraocular pressure (pressure inside the eye), causing symptoms such as headaches, tingly ears and blurred vision.

The restrictive items of clothing can also limit neck movement and lead to muscle tension in the back and shoulders. To reduce these symptoms, make sure you buy shirts with the correct collar size and loosen your tie for work, and swap to less restrictive t-shirts as often as you can.

While many men hit the gym in order to improve their appearance and attract the opposite sex, research has found that having a muscular body can also help you to live longer. A Swedish study tracked more than one million male adolescents over the course of 24 years, and found that those with stronger muscles lived longer than weaker males, even if they later became overweight. Experts stress that this is a reflection of general fitness though and should not encourage excessive weight training.

Lifting weights in moderation, however, does have its health benefits. A study published in the Archives of Internal Medicine journal of over 32,000 men found that 30 minutes of weights a day, five times a week, could reduce the risk of diabetes by 34 per cent.

According to research, men are not only happier when they do housework, they also experience better health. A study by researchers at Cambridge University suggests that men feel guilty when they don't do their fair share around the home, and also enjoy the peace and quiet gained from having a contented partner when they help out. According to a study conducted by researchers at Umea University in Sweden, men who avoid doing their fair share of housework are more likely to suffer from psychological problems and heart palpitations.

Keeping your home clean and tidy could also help you to stay fit and keep off those extra pounds. According to a poll on household chores, the average person walks more than 22 miles and burns off 50,000 calories a year while cleaning their home, making it a great addition to your normal workout routine.

Police smoke out Shatta Wale, handcuff him for faking gun at...
57 minutes ago