Why are men so jealous? 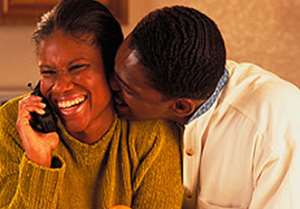 
One of the reasons for this jealousy is insecurity. A man may be paired with a very beautiful woman and feel that he is not quite handsome enough to be with her. The male may feel that she'll dump him for somebody else. Even if he feels, quote, unquote "handsome enough", every time she smiles and looks at somebody else-he will still feel insecure about himself and his relationship with his partner. Insecurities can be the heart and soul of every jealousy: insecurity about appearance, relationship status and the such. Through such feelings, comes a loss of trust, faith-never mind self-esteem.

A beautiful wife or girlfriend, and you have the recipe for a very jealous male partner. The man may feel that he had such a hard time getting her that she will easily walk out on him. Therefore, these negative emotions may get the best of him. In many cases, it simply is not true. But human emotions get the better part of some people, and this includes women in relationships, too. Sometimes, a lot of silly, stupid thoughts get the best of men and women in relationships. This can come through a breakdown in communications and understanding. Nevertheless, they are normal. But can become very extreme in some circumstances, bordering on obsessive behavior.

In the vast majority of all cases, the jealousy is simply not warranted. But say that to an insecure man. First, he'll deny it. But when it becomes very apparent, he'll say that she probably is cheating on him-wants another man. You may stand there, in deep consternation and befuddlement over these illusory jealousies. But he will still feel jealous, and may not be able to stop it. You end up empathizing, because you've been there yourself. His wife or girlfriend gives him a passionate kiss, they go and make love and that is the end of it, at least for awhile. But even after having her in hours of passionate sex, those feelings still remain.

The wife or girlfriend in question ends up feeling insecure over her own relationship. She feels restricted or under a tight leash because she may have a number of male friends and her male partner cannot even handle it. Jealousies have torn apart many a relationship over the years. It verges on and has easily crossed the lines of paranoia and obsessive behavior.