All That You Need To Know About Junk Foods 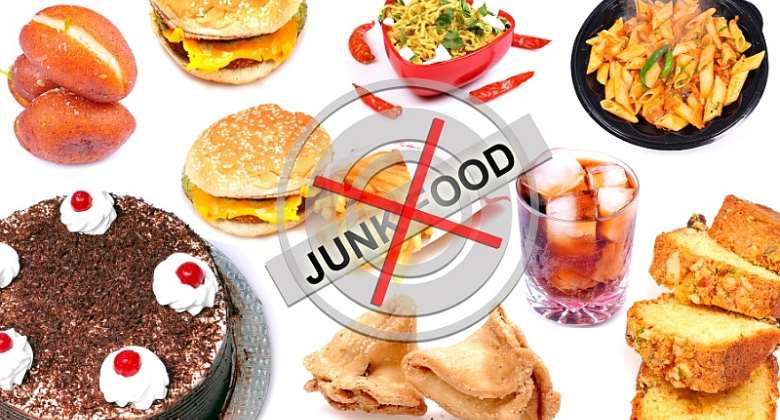 Junk food is the most potential element which is closely studied due to it’s high demand and consumption among all age group. Most of them have become ‘enslaved’ to junk foods since these are convenient, lip smacking foods, reduces cooking time and have a greater shelf life hence our efforts to limit the use of junk foods are going in vain. Children and adults are widely exposed to these foods which are nothing but street food, chaats, chips, soft drinks, ice creams, bakery products, chocolates, sweets, and packed foods which have been tagged as ‘junks’.

7 reasons to refrain from them?

What’s the trend in India?

Packaged food in India has been ranked lowest in terms of its healthiness in a major global survey.

A survey conducted during COVID times among teenagers by our department of clinical nutrition & dietetics found that 43% of them agreed that the consumption of fast food or junk is reduced whereas, 31% replied that the they have continued eating unhealthy.

How should we tackle this?

Different cultures or regions have their own perception about junk food - what may be junk food in one culture, may be considered nutritional food for another.

Food industry must prioritize health and contribute in the supply of healthy products more than the unhealthy products. The more you reach out to junk / processed food there is a decrease in your lifespan. Hence switch to natural and home made preparations which is a key to a healthy lifestyle.

Hottest Photo Reports
Catch up with all the political quotes from our politicians.
Advertise here
More Home & Food
ModernGhana Links
You love bofrot? Here’s a healthier version of Africa’s favourite snack
Why you should choose Mz-Vee Catering Services for all your events
Follow these steps if you want to be a pro in jollof cooking
New survey: 1 in 2 people eats less ice cream because of dental issues
Review of the best burger in Accra & Health benefit of eating burger
Birth defects can be corrected – Don’t ignore or delay
Accra: Italian Embassy Hosts ‘Aperitivo in Giardino’ To Mark 5th Italian Cuisine Week
Anwamoo Local Food Festival Held
International Chefs Day 2020: GIZ-Food For All COVID-19 Project Launched
TOP STORIES