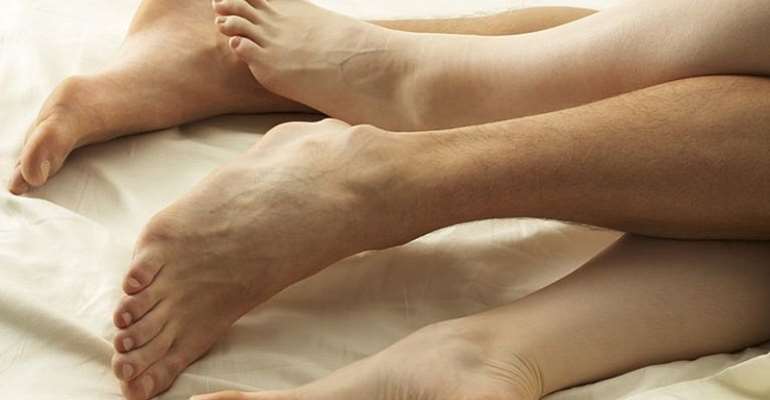 Men Who Ejaculate Many Times a Month Are 33% Less Likely to Develop Prostate Cancer according to studies. 33% is a lot to help men reduce their risk of prostate cancer. This is interestingly, but, I am only a Messenger of the research! Lol!!

Sex and prostate health are an important area of concern for men. And rightly so. When it comes to a man’s sexual health, ejaculation frequency is certainly a hot topic. Thought about often but seldom discussed, many men ask themselves several questions, including the following:

Are there side effects or disadvantages of not releasing sperm?

What happens if a man never releases sperm?
Does sex harm your prostate gland?
The obvious answer is NO!
Sex in general is very good for your prostate whether by yourself or with a partner. We were designed to have sex as a natural part of life.

However, that all said, there may be times when we have to be careful around the prostate. If you have severe inflammation from an infection in the prostate, or prostatitis, then it may be best to get the advice of your doctor first.

Sex and prostate health do go hand in hand! We will examine the question of frequency later on.

Is sex good for your prostate?
Sex is a natural and very beneficial function for the prostate gland because it moves fluids and helps to reduce toxins that can build up in the prostate gland. Remember one of the functions of the prostate is to remove toxins. One of the reasons that prostate massage is recommended is to help in the removal of these toxins. Sex does this automatically as long as we ejaculate.

Too much or too little sex ... harmful?
This is the question for sex and prostate health.
Too little can lead to stagnation and too much can weaken the body by depleting energy reserves. Monks and recluse meditators benefited from non-sexual prostate massage because otherwise a stagnant prostate could not eliminate toxins in celibate monks. Prostate massage provides stimulus to the prostate resulting in increased blood flow, fluid movement and improved prostate health.

In the Tantric and Taoist traditions of the East, advanced sexual techniques were developed so that men could control their ejaculations. It was thought that frequent ejaculations would weaken a man. So techniques of injaculation were developed whereby semen is released internally and retained in the body.

Developing control of the male G-spot, the prostate gland, is how this was done. You can practice this yourself by doing prostate kegel exercises and by pressing firmly with your finger on the external male G-spot just before the point of no return.

This spot is the perineum area just about an inch below the scrotum. You can experience wonderful orgasms without ejaculation if you master the method.

So, how often is it OK to ejaculate externally?

The best barometer is to see how you feel. If you feel tired and drained by it then reduce the frequency. If it leaves you feeling great, then sex and prostate health is a natural.

In those Eastern traditions, the older a man became, it was recommended he ejaculate less ... but injaculations were fine.

According to Traditional Chinese Medicine one should ejaculate using your decade for the number of times per days: eg. if you are 30, then every 3 days, if you are 70 every 7 days. If you want to do more then learn injaculation techniques.

The Background:
Experts suggest that in addition to clearing toxins through ejaculation, sex may reduce the development of tiny crystals that are associated with some cancers and enhance the immune system's response to cancer. Sexual activity also reduces stress and quiets the central nervous system, which may contribute to cancer cell division and growth and overall wellness.

More research is needed to answer the question, is sex good for prostate problems? as the results are mixed. Neither of the main studies should influence whether you choose to have more or less sex. Even the head of the University of Nottingham study, Dr. Polyxeni Dimitropoulou, said that “Until the mechanisms are elucidated and are clearly established we cannot be certain about the outcome of any study.”

Other Health Benefits of Sex
Sex is important for prostate health in a number of other ways. Apart from the potential decrease in risk of prostate cancer, sex helps to maintain erectile function and healthy penile tissue, which is important for long-term recovery after prostate cancer treatment. Lack of frequent sex can also result in penile shortening in the absence of consistent nocturnal erections which may contribute to self-esteem issues and erectile dysfunction.

Sex can influence prostate health in other ways. For example, bacterial prostatitis can be caused by the transfer of bacteria between sexual partners in unprotected sex. Lower urinary tract infections may also be influenced by sexual activity and the transfer of infections that migrate to the prostate through the urethra.

A possible association between prostatitis, STDs, and prostate cancer has been researched. A study involving the California Men's Health Study investigated this relationship among 68,675 men. They found that having an STD was not associated with overall risk of prostate cancer, but the results did “suggest that prostatitis and STDs may be involved in prostate cancer susceptibility.” (Cheng 2010) It's important to note, however, that these findings do not prove prostatitis causes prostate cancer, because it may be that men with prostatitis symptoms are more likely to go to a doctor and then are tested for prostate cancer.

Is sex good for prostate problems like prostatitis? If you have an STD, you should definitely avoid sex until you see your doctor and are treated for the infection. If your prostatitis is not associated with an STD, it's generally safe to have sex. Overall, regular safe sexual activity seems to be healthy for the prostate and for prostatitis. If you are receiving treatment for prostatitis with antibiotics, it is recommended that you ejaculate two to three times a week.

Some men experience pain during or after ejaculation that interferes with sexual enjoyment until they get prostatitis symptoms under control. If this happens to you, communicate openly with your partner to find ways to have sexual activity that is mutually satisfying. If you involve your partner in your prostatitis treatment program, sexual challenges can be easier to handle.

Should Men Control Their Ejaculation Frequency?

What happens if we release sperm daily? Do you know of the side effects of not releasing sperm regularly?

According to a centuries-old Taoist belief, men need to practice controlled ejaculation frequency if they want to help boost their health, longevity, and strength. This means that men should still engage in sexual intercourse and other activities, but that they also should significantly limit the number of times they ejaculate as part of the session. If putting the reins on your ejaculation sounds a bit scary, let’s take a closer look at this philosophy.

Taoist philosophy also maintains that this practice allows men to maintain consistently high testosterone levels and libido, along with greater levels of semen and sperm. Another reported benefit is that it strengthens the brain. Believers maintain that semen contains essential nutrients and hormones that are absorbed by the prostate. From there they enter the bloodstream and travel throughout the body, including the brain. It’s a scientific fact that both cerebrospinal fluids and semen contain the same basic ingredients, therefore the idea that semen can nourish the brain is not farfetched.

However, conventional Western medicine states that a man’s supply of semen is naturally replenished soon after he ejaculates and therefore there is no need to practice controlled ejaculation frequency. A side note on this though is that athletic coaches typically ask their athletes to avoid ejaculation the same day prior to competition because it’s been scientifically shown that testosterone levels decline immediately after ejaculation and athletic performance is negatively affected.

How often should men ejaculate?
According to a well-known doctor of traditional Chinese medicine, Sun Simiao:

“A man may attain health and longevity if he practices an ejaculation frequency of twice monthly or 24 times a year. If at the same time he pays careful attention to proper diet and exercise he will have a long healthy life.”

Exactly how often men should ejaculate as part of sexual activity depends on the man. Generally, men should identify their own frequency by determining how strong and refreshed they feel after and between intercourse sessions. Among the recommendations from Taoists theorists are the following:

Ejaculation based on the seasons: none during the winter, twice a month during summer and autumn, and no more than every 3 days during the spring.

A 2003 study found that men who abstained from ejaculation for seven days showed a peak rise in serum testosterone of 145.7 percent of baseline. Scores of studies have demonstrated that low testosterone levels are associated with a variety of symptoms, including flagging libido, abdominal obesity, loss of muscle strength and tone, fatigue, and erectile dysfunction. Therefore, steps that help maintain or raise testosterone levels are probably desirable for many men and controlled ejaculation frequency may be one of those steps.

The Right Amount of Sex
The right amount depends on your own body. No two men are exactly alike.

It depends on your genetics. And, what you eat. How well you sleep and exercise is important. So is stress management. Highly stressed men almost always develop sexual problems. For them, impotence is common.

If you are in generally good health, this is the rule of thumb for frequency in Chinese medicine:

For those who are incapable of ejaculation, prostate milking and correct prostate massage are recommended. The only way to find out what is right for you is by trial and error. Count the days between ejaculations. Keep spreading the time further apart until inflammation and pain no longer occur.

Thank you! I am only a Messenger of the Research!