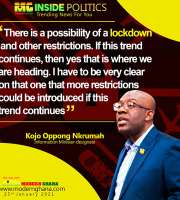 Food in Daily Life. The basic diet consists of a starchy staple eaten with a soup or stew. Forest crops, such as plantain, cassava, cocoyam (taro), and tropical yams, predominate in the south. Corn is significant, especially among the Ga, and rice is also popular. The main dish is fufu, pounded plantain or tubers in combination with cassava. Soup ingredients include common vegetables and some animal protein, usually fish, and invariably, hot peppers. Palm nut and peanut soups are special favorites. The main cooking oil is locally produced red palm oil. The northern staple is millet, which is processed into a paste and eaten with a soup as well. Indigenous diets are eaten at all social levels, even by the Westernized elite. Bread is the only major European introduction and is often eaten at breakfast. Restaurants are not common outside of urban business districts, but most local "chop bars" offer a range of indigenous dishes to workers and bachelors. People frequently snack on goods offered for sale by street hawkers.

Food Customs at Ceremonial Occasions. Most households raise chickens and dwarf goats, which are reserved for special occasions, such as christenings, weddings, traditional festivals, and Christmas. Among the Akan, the main indigenous celebration is odwira, a harvest rite, in which new yams are presented to the chief and eaten in public and domestic feasts. The Ga celebrate homowo, another harvest festival, which is marked by eating kpekpele, made from mashed corn and palm oil. Popular drinks include palm wine, made from the fermented sap of the oil palm, and home-brewed millet beer. Bottled European-style beer is widely consumed. Imported schnapps and whiskey have important ceremonial uses as libations for royal and family ancestors.

Basic Economy. Ghana's position in the international economy reflects a heavy dependence on primary product exports, especially cocoa, gold, and timber. International trade accounts for one-third of gross domestic product (GDP), and 70 percent of export income is still derived from the three major commodities. The domestic economy is primarily agricultural with a substantial service and trading sector. Industrial production comprises only 10 percent of national output, and consumers are heavily dependent upon imported manufactures as well as petroleum imports.

Land Tenure and Property. Traditional land use patterns were organized around a slash-and-burn system in which crops were grown for two or three years and then fallowed for much longer periods. This system fostered communal land tenure systems, in which a large group, usually the lineage, held the land in trust for its members and allocated usufruct rights on demand. In the south, reserved lands, known as stool lands, were held by the chief for the wider community. The stool also held residual rights in lineage-owned land, for instance a claim on any gold found. In the north, communal rights were invested in a ritual figure, the tendana, who assumed the ultimate responsibility for agriculture rituals and land allocation.

In modern times, land tenure has been widely affected by cocoa farming and other commercial uses, which involve a permanent use of the land and a substantial expansion in demand for new plots. Land sales and long-term leases have developed in some areas, often on stool reserves. Purchased lands are considered private rather than family or communal property and activate a different inheritance pattern, since they can be donated or willed without reference to the standard inheritance rule.

Government regulation of land title has normally deferred to traditional arrangements. Currently, a formally constituted Lands Commission manages government-owned lands and gold and timber reserve leases and theoretically has the right to approve all land transfers. Nevertheless, most transactions are still handled informally according to traditional practice.

Commercial Activities. While strongly export oriented, Ghanaian farmers also produce local foods for home consumption and for a marketing system that has developed around the main urban centers. Rural household activities also include some food processing, including palm oil production. The fishery is quite important. A modern trawler fleet organizes the offshore catch and supplies both the domestic and overseas markets. Small-scale indigenous canoe crews dominate the inshore harvest and supply the local markets. Traditional crafts have also had a long tradition of importance for items such as pottery, handwoven cloth, carved stools, raffia baskets, and gold jewelry. There are also many tailors and cabinetmakers.

Major Industries. Manufactured goods are dominated by foreign imports, but some local industries have developed, including palm oil milling, aluminum smelting, beer and soft drink bottling, and furniture manufacturing. The service sector is dominated by the government on the high end and the small-scale sector, sometimes referred to as the "informal sector," on the low end. Education and health care are the most important public services. Transport is organized by small-scale owner-operators. Construction is handled by the public, private, or small-scale sector depending upon the nature of the project.

Trade. Cocoa is grown by relatively small-scale indigenous farmers in the forest zone and is exclusively a commercial crop. It is locally marketed through private licensed traders and exported through a public marketing board. Gold is produced by international conglomerates with some Ghanaian partnership. Much of the income from this trade is invested outside the country. Timber is also a large-scale formal-sector enterprise, but there is a trend toward developing a furniture export industry among indigenous artisans. Other exports include fish, palm oil, rubber, manganese, aluminum, and fruits and vegetables. Internal trade and marketing is dominated by small-scale operations and provides a major source of employment, especially for women.

Division of Labor. Formal sector jobs, especially within the public service, are strictly allocated on the basis of educational attainment and paper qualifications. Nevertheless, some ethnic divisions are noticeable. Northerners, especially Mossi, and Togolese hold the more menial positions. Hausa are associated with trade. Kwahu are also heavily engaged in trade and also are the main shopkeepers. Ga and Fante form the main fishing communities, even along the lakes and rivers removed from their coastal homelands. Age divisions are of some importance in the rural economy. Extended family heads can expect their junior brothers, sons, and nephews to assume the major burdens of manual labor.