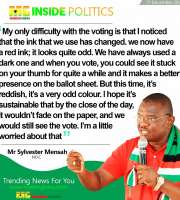 Emergence of the Nation. Ghana is a colonial creation, pieced together from numerous indigenous societies arbitrarily consolidated, and sometimes divided, according to European interests. There is no written documentation of the region's past prior to European contact. By the time the Portuguese first established themselves on the coast in the fifteenth century, kingdoms had developed among various Akan-speaking and neighboring groups and were expanding their wealth, size, and power. The Portuguese quickly opened a sea route for the gold trade, and the emergence of the "Gold Coast" quickly attracted competition from Holland, England, France, and other European countries. With the development of American plantation systems, slaves were added to the list of exports and the volume of trade expanded. The Ashanti kingdom emerged as the preeminent Akan political force and established its rule over several neighboring groups and into the northern savanna. Some indigenous states on the margins of Ashanti expansion, such as Akim and Akwapem, retained their independence. Coastal peoples were able to resist conquest through alliances with European powers.

In the nineteenth century, England assumed dominance on the coast and developed a protectorate over the local African communities. England came into conflict with Ashanti over coastal expansion and the continuation of the slave trade. At the end of the nineteenth century, it defeated Ashanti and established the colony of the Gold Coast, including the coastal regions, Ashanti, and the Northern Territories beyond. The boundaries of this consolidation, which included many previously separate and independent kingdoms and tribal communities, were negotiated by the European powers to suit their strategic and economic interests. After 1918, England further complicated this arrangement by annexing the trans-Volta region from German Togoland as a spoil of World War I.

The colony was administered under the system of indirect rule, in which the British controlled affairs at the national level but organized local control through indigenous rulers under the supervision of colonial district commissioners. Western investment, infrastructure, and institutional development were concentrated in the urban complexes that emerged within the coastal ports. Educational and employment opportunities were created for Africans, mostly from coastal communities, but only for the purpose of staffing the lower echelons of the public and commercial sectors. The rural masses were disadvantaged by the colonial regime and the exactions of their chiefs but gained some degree of wealth and local development through the growth of a lucrative export trade in cocoa, especially in the forest zone. The north received little attention.

Resistance to British rule and calls for independence were initiated from the onset of colonial rule. Indigenous rulers formed the initial core of opposition, but were soon co-opted. The educated Westernized coastal elite soon took up the cause, and the independence movement remained under their control until the end of World War II. After the war, nationalists formed the United Gold Coast Convention and tried to broaden their base and take advantage of mass unrest that was fed by demobilization, unemployment, and poor commodity prices. They brought in Kwame Nkrumah, a former student activist, to lead this campaign. Nkrumah soon broke ranks with his associates and formed a more radical movement though the Convention People's Party. He gained mass support from all parts of the colony and initiated strikes and public demonstrations that landed him in jail but finally forced the British to grant independence. The Gold Coast achieved home rule in 1951. On 6 March 1957 it became the self-governing country of Ghana, the first sub-Saharan colony to gain independence. In the succeeding decades, Ghana experienced a lot of political instability, with a series of coups and an alternation between civilian and military regimes.

National Identity. In spite of its disparate origins and arbitrary boundaries, Ghana has developed a modest degree of national coherence. British rule in itself provided a number of unifying influences, such as the use of English as a national language and a core of political, economic, and service institutions. Since independence, Ghanaian leaders have strengthened national integration, especially through the expansion of the educational system and the reduction of regional inequalities. They have also introduced new goals and values through the rhetoric of the independence movement, opposition to "neo-colonialist" forces, and advocacy of pan-Africanism. A second set of common traditions stem from indigenous cultures, especially from the diffusion of Akan institutions and symbols to neighboring groups.

Ethnic Relations. Ghana contains great diversity of ethnic groups. The Akan are the most numerous, consisting of over 40 percent of the population. They are followed by the Ewe, Ga, Adangme, Guan, and Kyerepong in the south. The largest northern groups are the Gonja, Dagomba, and Mamprussi, but the region contains many small decentralized communities, such as the Talensi, Konkomba, and Lowiili. In addition, significant numbers of Mossi from Burkina Faso have immigrated as agricultural and municipal workers. Nigerian Hausa are widely present as traders.

Intergroup relations are usually affable and Ghana has avoided major ethnic hostilities and pressure for regional secession. A small Ewe separatist movement is present and some localized ethnic skirmishes have occurred among small communities in the north, mostly over boundary issues. There is, however, a major cultural divide between north and south. The north is poorer and has received less educational and infrastructural investment. Migrants from the region, and from adjoining areas of Burkina Faso, Togo, and Nigeria typically take on menial employment or are involved in trading roles in the south, where they occupy segregated residential wards called zongos. Various forms of discrimination are apparent.