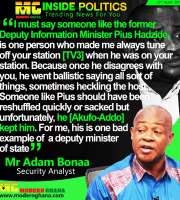 Marriage. Tradition dictates that family elders arrange the marriages of their dependents. People are not allow to marry within their lineages, or for the Akan, their wider clan groups. There is a preference, however, for marriage between cross-cousins (children of a brother and sister). The groom's family is expected to pay a bride-price. Polygyny is allowed and attests to the wealth and power of men who can support more than one wife. Chiefs mark their status by marrying dozens of women. Having children is the most important focus of marriage and a husband will normally divorce an infertile wife. Divorce is easily obtained and widespread, as is remarriage. Upon a husband's death, his wife is expected to marry his brother, who also assumes responsibility for any children.

The spread of Western values and a cash economy have modified customary marriage patterns. Christians are expected to have only one wife. Monogamy is further supported by the ability of men to marry earlier than they could in traditional society because of employment and income opportunities in the modern sector. Young men and women have also been granted greater latitude to choose whom they marry. Accordingly, the incidence of both polygyny and cousin marriage is low. There is, however, a preference for marriages within ethnic groups, especially between people from the same town of origin.

Domestic Unit. The basic household group is formed on a complex set of traditional and contemporary forces. Akan custom allows for a variety of forms. The standard seems to have been natalocal, a system in which each spouse remained with his or her family of origin after marriage. Children would remain with their mothers and residential units would consist of generations of brothers, sisters, and sisters' children. Wives, however, would be linked to their husbands economically. Men were supposed to provide support funds and women were supposed to cook for their husbands. Alternative forms were also present including avunculocal residence, in which a man would reside with his mother's brother upon adulthood, and patrilocality, in which children would simply remain with their fathers upon adulthood. In all of these arrangements men would assume the basic role of household head, but women had some power especially if they were elderly and had many younger women under their authority.

The Akan domestic arrangements are based on matrilineal principles. All other Ghanaian ethnic groups are patrilineal and tend toward patrilocal residence. The Ga, however, have developed an interesting pattern of gender separation. Men within a lineage would live in one structure, and their wives and unmarried female relatives would live in a nearby one. In the north, patrilocal forms were complicated by a high incidence of polygynous marriage. A man would assign a separate hut to each of his wives, and, after their sons married, to each of their wives. The man would act has household head but delegate much of the domestic management to his wives, especially senior wives with several daughters-in-law.

Modern forces have influenced changes in domestic forms. Western values, wage employment, and geographical mobility have led to smaller and more flexible households. Nuclear families are now more numerous. Extended family units are still the rule, but they tend to include relatives on an ad hoc basis rather than according to a fixed residence rule.

A Fanti chief. Elaborate regalia are a hallmark of traditional kings and officials.

Sibling bonds are strong, and household heads will often include younger brothers and sisters and nieces and nephews from either side of the family within their domestic units. They may also engage resident domestic help, who are often relatives but may come from other families. Important economic bonds continue to unite extended kin who live in separate physical dwellings but still share responsibilities to assist one another and sometimes engage in joint enterprises.

Inheritance. Most Ghanaian inheritance systems share two features: a distinction between family and individual property and a preference for siblings over children as heirs. Among the matrilineal Akan, family property is inherited without subdivision, in the first instance by the oldest surviving brother. When the whole generation of siblings dies out, the estate then goes to the eldest sister's eldest son. Women can also inherit, but there is a preference for men's property to pass on to other men and women's to other women. Private property can be passed on to wives and children of the deceased through an oral or written will. In most cases, it will be divided equally among wives, children, and matrilineal family members. Private property passed on to a child remains private. If it is inherited within the matrilineage, it becomes family property. Among patrilineal groups, sibling inheritance applies as well, but the heir will be expected to support the children of the deceased. If he assumes responsibility for several adult nephews he will invariably share the estate with them.

Kin Groups. Localized, corporate lineage groups are the basic units of settlement, resource ownership, and social control. Among the Akan, towns and villages are comprised of distinct wards in which matrilineal descendants (abusua) of the same ancestress reside. Members of this group jointly own a block of farmland in which they hold hereditary tenure rights. They usually also own the rights to fill an office in the settlement's wider administration. The royal lineage holds title to the chief's and queen mother's position. Lineages have an internal authority structure under the male lineage elder (abusua panyin), who decides on joint affairs with the assistance of other male and female elders. The lineage is also a ritual unit, holding observances and sacrifices for its important ancestors. Patrilineal groups in Ghana attach similar economic, political, and ritual importance to the lineage system.