Akufo-Addo Can't Do Half Of Mahama's Achievement – Mzbel 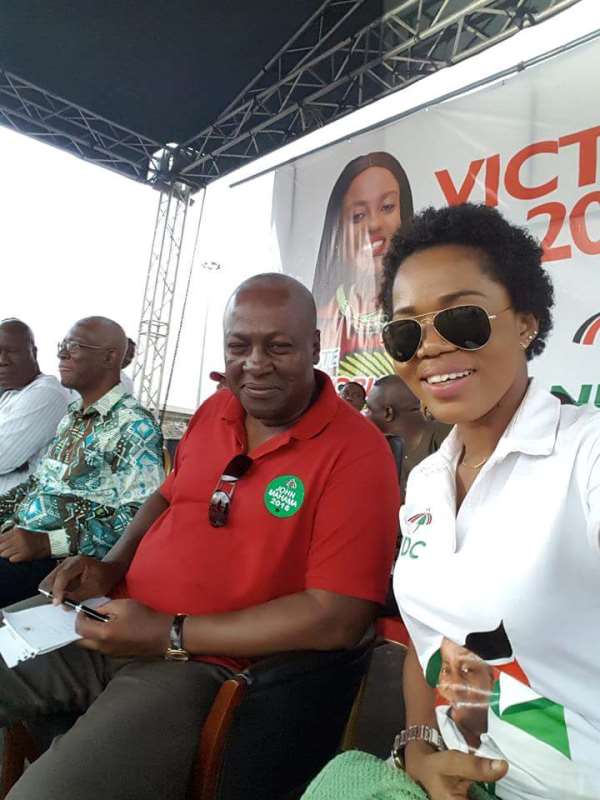 She said the Nana Addo administration is yet to achieve even half of what Mahama achieved when he was President.

The songstress, born Nana Ekua Amoah, therefore believes the NDC will return to power in 2020.

“President Akufo-Addo has not done half the things Mahama did and, so, the signs are clear on the wall that the NDC will win the 220 elections,” she said on Accra FM.

Mzbel has often been on the receiving end of criticism having publicly declared her support for the opposition NDC.

The singer is also alleged to have hurled verbal attacks on President Akufo-Addo when he was the presidential candidate of the NPP ahead of the 2016 elections.

But according to the “16 years” hitmaker, she never insulted Nana Addo but rather teased him about events.

She, however, added that despite the criticisms have come her way, she doesn’t regret campaigning for the NDC.

“I don’t regret campaigning for the NDC at all. I am disappointed with the people for treating me the way they did because everyone has his or her political party and, so, my views should have been respected.

“I never spoke against Nana Addo, I never insulted him, just that most of my words were to tease. I spoke on things that were happening around for people to laugh, so, I was very disappointed,” she added.