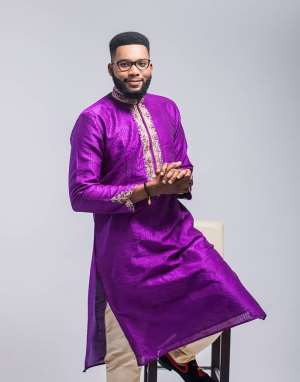 The versatile musician as part of his promotion plan released a song titled "For God So Loved The World" with a video which is also on the "Take control" album.

According to him, the song "For God So Loved The World" and its video were to give people a taste of what he promised to release this month which he has delivered.

"Take control" is the first transformative single of his third album ‘Take Control’ to be released in 2019. The song is a classic danceable, prophetic and motivational song fused with Pidgin English laced with a delightful Ghanaian dialect that energizes devotees of Christ which says, inspite of the difficult times God will take control. Take control is also birthed from his music life experience.

“The content of my song is a message for everyone because it is a request for the Almighty God to take supreme control over everything we are doing this year," he stated.

Speaking about the response so far after a few days of release, he said that most people appreciate the effort he has made to release the 8 tracks on the album and also added that the DJs and presenters who have received the songs are playing to his satisfaction.

Below is the video of "Take control" by Atta Patrick