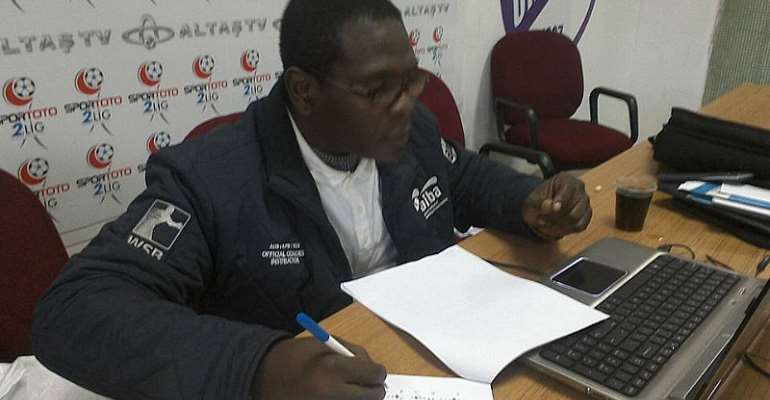 Head trainer of the national amateur boxing team, the Black Bombers, Dr Kwesi Ofori Asare has congratulated all ten boxers who represented the nation at the ‘Road To Tokyo 2020 Olympic Games’ Boxing Qualifiers in Dakar, Senegal from February 20th to 29th, 2020.

In an exclusive interview, the only three-star AIBA rated coach said he is very proud and excited that there is an improvement from one to two on the number of boxers to represent the nation, but believes there are others who can make it if given the opportunity at the world qualifiers in Paris, France in May.

Coach Asare hinted that the competition was keen and they learnt a lot and hoped the government of Ghana would support the sport to make the boxers bring out their best.

While commending the nations who made it like Algeria, Uganda, Zambia and Namibia, he warned them that the next time they meet the story would be different.

He praised the two qualified boxers, flyweight Skipper Suleman Tetteh and sensational featherweight Samuel Takyi, and advised them to go the ultimate at the next competitions.

Dr Asare also commended the media, GOC, NSA, GBSU, the coaches association and the good people of Ghana who support boxing as well as Ghana’s Ambassador to Senegal HE Gloria Poku for her hospitable assistance.

38 countries represented by 212 boxers went into the competition to grab quota qualifications; 22 for males and 11 for females.

Algeria topped with most boxers qualifying.
Coach Asare has in the past won two bronze medals for Ghana in Glasgow 2014 and Gold Coast 2018, Commonwealth Games, and his target is to win an Olympic medal.

He is assisted by one star rated Vincent Akai Nettey and Lartekwei Lartey.