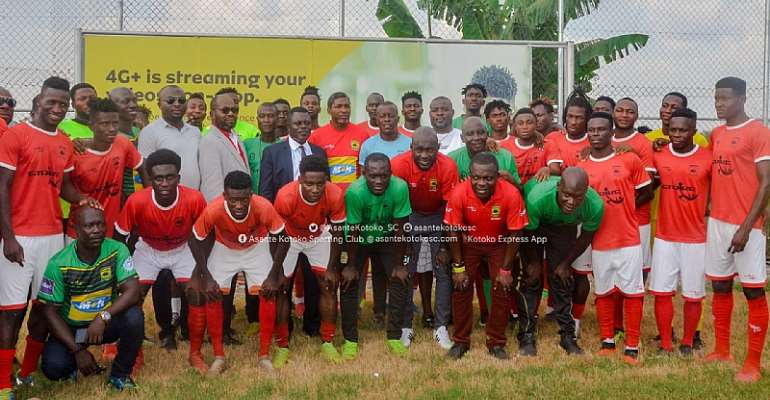 Newly-appointed head coach for Kumasi Asante Kotoko, Maxwell Konadu has finally been presented to the playing body of the club as they look to hit the ground running in a bid to adequately prepare for the upcoming season.

Maxwell Konadu met with his new technical team on Tuesday and has today been presented to his players at a short ceremony at the Adako Jachie facility in Kumasi.

Present at the ceremony was the Board Chairman of the Reds, Dr. Kwame Kyei, the management members, as well as Christopher Damenya who is the club's National Circle's Council chairman.

The Black Stars B head coach has signed a two-year contract with the Porcupine Warriors where he has been mandated to win the Ghana Premier League title within that period.

Pictures of his first meeting with the players below.