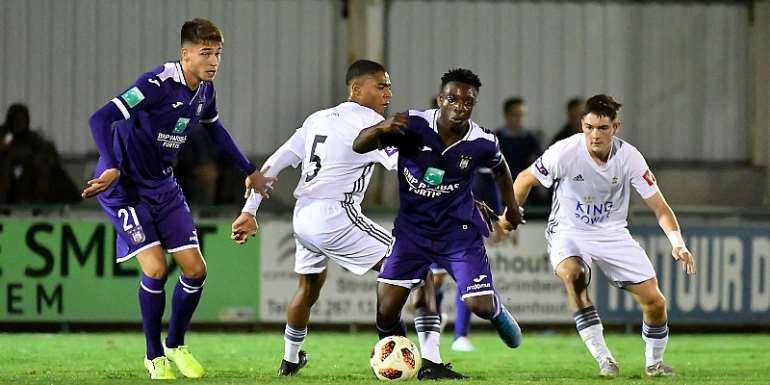 Ghanaian Internationals, Jeremy Doku and Francis Amuzu impressed and scored on Monday when RSC Anderlecht U-21 thrashed OH Leuven 5-1 in a friendly match.

The highly-rated youngsters have been enjoying minutes with the senior team of the Belgian giants since the start of the season though they have been finding it difficult to make the needed impact.

They were called upon on Monday to feature for the u-21’s and managed to impress as they run riot over their opponent who set up to cause an upset.

OH Leuven took the lead and looked like they were going to emerge victorious until Jeremy Doku and Francis Amuzu inspired a comeback for Anderlecht. Their attacking prowess helped their side to cruise to a 5-1 win at the end of 90 minutes of an entertaining match.

Watch highlights of how the Purple and Whites dispatched OH Leuven in the video below.