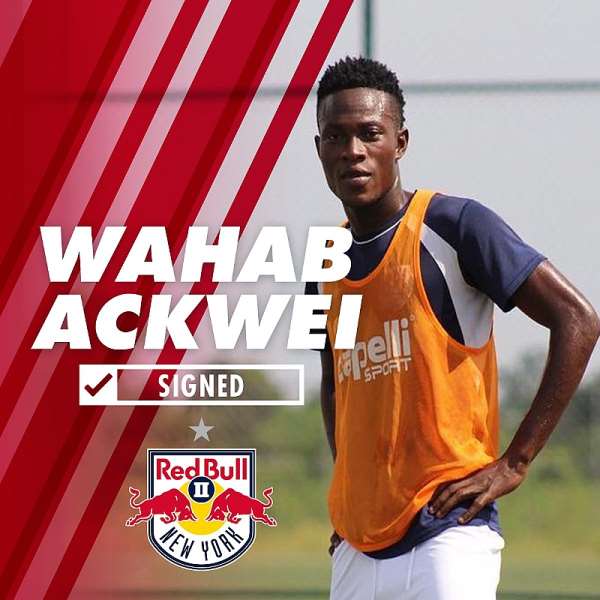 The defender will join the second team of the club in the NSL.

The former Inter Allies defender arrived in the States to finalize a deal with the club after the expiration of his contract at the end of the 2016/17 GPL season.

New York Red Bull had kept a keen eye on the player who scored two goals for Allies in the Ghana Premier League last season.

He spent four seasons with Inter-Allies after joining the Club in their maiden appearance in the domestic top-flight.