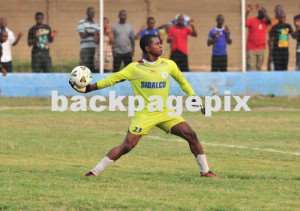 The Kumasi-based second-tier side have made their intentions clear ahead of the Division One League scheduled to come off on 20 February, 2016.

The former Premier League giants have registered 31 players for the 2016 league season.

Having Premier League experience with clubs like BA United, Asante Kotoko, and New Edubiase United, the former Black Meteors goalie is expected to guide the side to the Ghana Premier League in 2017.

To give Nii Baah competition on the bench, former Heart of Lions and AshGold goalie Nana Bonsu has also been signed by the Kumasi side and to serve as a backup to Nii Baah.

The former Premier League campaigners have been seeking for a return in to the domestic top-flight championship since their demotion 20 years ago.