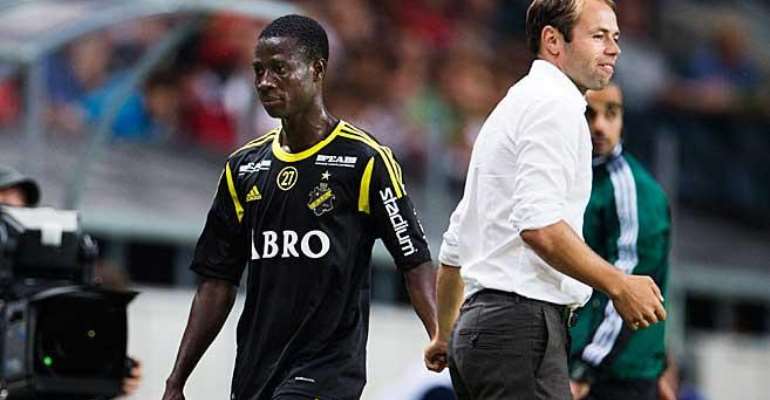 Though the Swedish season has officially ended, Ghanaian youth defender Ebenezer Ofori cannot return to home immediately as he has been drafted into the club's squad to play a friendly on Thursday.

The 19-year-old is in a 17-man squad named by Andreas Alm to face Syrianska FC on Thursday.

He is among few first team players in the squad and could be handed the captaincy for the game as the rest of the players are coming from AIK's U19 and U17 sides.

Ofori is the only Ghanaian player in the squad as striker Kwame Karikari and Moro Ibrahim were left out of the game.

Ofori, a former New Edubiase United defender and member of the 2013 Ghana U20 squad for FIFA U20 World Cup.

He played in a total 23 games for AIK in a possible 30 and scored once – a sensational belter from 30 yards.