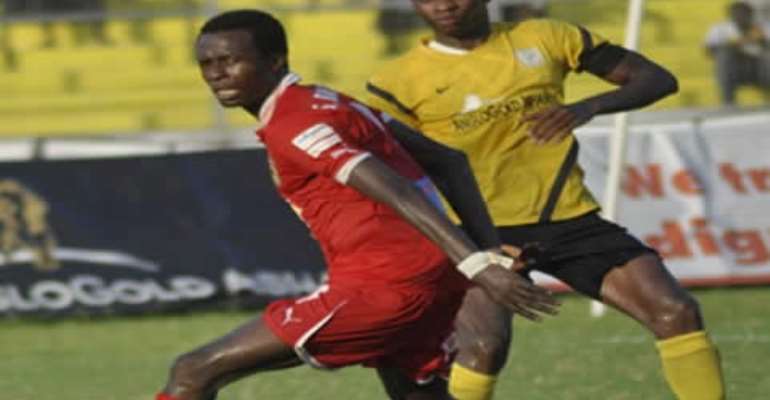 The 23-year-old has fallen behind in his pursuit of the Golden Boot award in the First Capital Plus Premier League.

Bancey who has hit the back of the net 10 times this season has been overtaken by Bechem United striker Augustine Okrah who has scored a goal more.

The chase for the Golden Boot award has given birth to a new rivalry in the Ghanaian top flight between the two strikers as Kotoko look to make a clean sweep of awards at the end of the current campaign.

But coach Michael Osei says they are being very tactful with how they psyche up Seidu Bancey ahead of games so he doesn't become overly selfish.

“We don't want to put undue pressure on Seidu Bancey for him to chase the goal king award,” he told Metro FM.

“Otherwise we risk over-exciting him in front of the goal post and getting him to be overly selfish.

“So we will keep psyching him so that when the chances come the just takes them but not to play to the detriment of the team.”