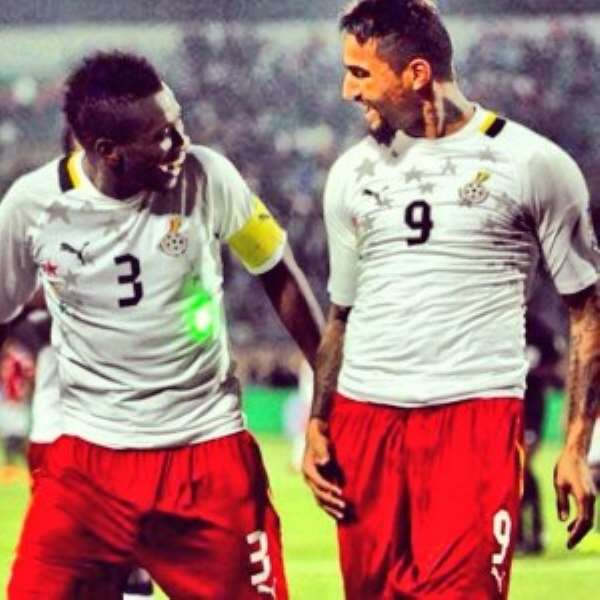 Ghanaian striker Asamoah Gyan remains the leading scorer in the UAE top-flight with an impressive goal haul of 21 which is average of one goal per match.

With five matches remaining the Black Stars skipper has got a good chance of retaining his title as the league's top scorer completing a hat-trick of goalking awards in the UAE Pro League.

His 21 goals means he is three ahead of second-placed Sebastian Tagliabue, the Argentine striker who plays, for Al Wahda.

The division's top scorer Gyan took his tally for the season to 21 goals as defending champions Al Ain beat Emirates 2-1 in midweek.

Gyan's brace ended a run of three straight league defeats for Al Ain, his second a penalty that condemned Emirates to their 12th defeat of the season.