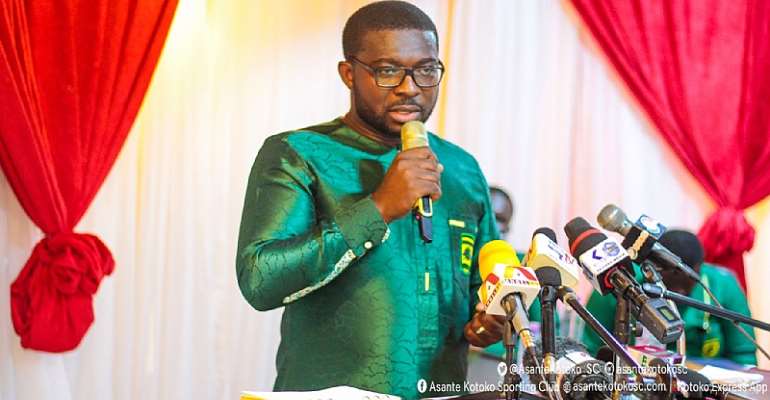 A former management member of Asante Kotoko, David Serebour Boateng has heaped praises on Nana Yaw Amponsah for what he describes as the marvelous job he is doing.

Appointed in August as the Chief Executive Officer (CEO) of the Ghanaian giant, the young football administrator has together with his management secured a number of sponsorships for the team.

In addition to that, the club has signed some top players that have made the Porcupine Warriors club serious contenders to win the Ghana Premier League title in the 2020/2021 football season.

Reflecting on the few months Nana Yaw Amponsah has been working for Kotoko, David Serebour says the CEO and his management need to be commended.

“I David Serebour Boateng rate Nana Yaw Amponsah 82%. We haven't played league matches yet so I will give him that rate. So far his administration has been marvelous in terms of securing sponsorships, recruitments, etc”, the former Kotoko management member said in an interview with Hot FM.

Kotoko under Nana Yaw Amponsah has secured sponsorships with Hisense, Adonko Next Level Energy Drink, Errea, StarLife, plus a number of partnerships.