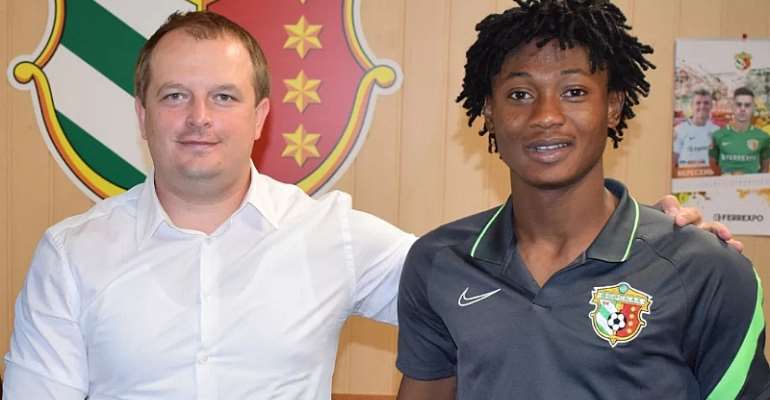 Ghanaian youngster, Najeeb Yakubu has penned a 4-year contract extension with his FC Vorskla Poltava side, Modernghana Sports can report.

The former Ghana U-17 defender joined the Ukrainian top-flight club in 2018 after ending his stay with New Town Youth and has since gradually improved his game.

His initial 3-year contract would have expired at the end of the 2020/2021 football season but FC Vorskla Poltava has decided to act proactively to tie him down to a longer deal.

Following successful negotiations, the Ukrainian outfit has managed to convince Najeeb Yakubu to put pen on paper to sign a contract extension deal.

“Vorskla, a football club where, according to the messenger himself, he feels comfortable at home, has offered the player a new long-term contract. After a few days of reflection, Yakubu signed an employment contract for the next four years”, a club statement has announced today.

The 20-year old has made 22 senior appearances for FC Vorskla Poltava and has 2 goals and a few assists to his name as well.

NDC Has Disappointed You For 28 Years; It's Time To Give NPP...
1 hour ago