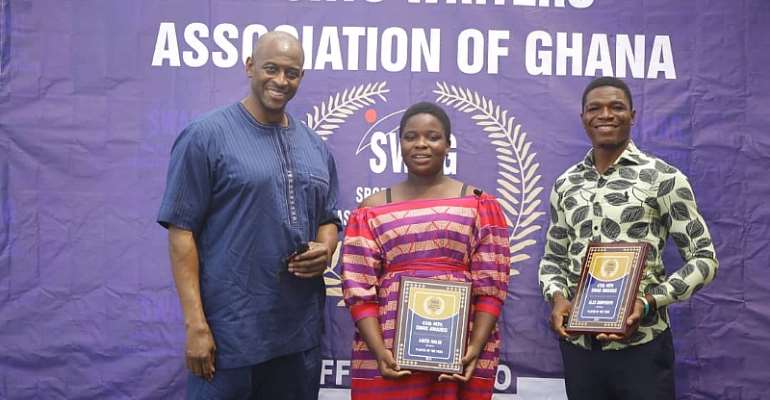 17-year-old Anita Halm and Ghana Eagles captain Alex Dorpenyo have both been named by the Sports Writers Association of Ghana (SWAG ) as the best rugby male and female players for 2019.

Anita Halm, a key member of the Ghana national team, Women Eagles, and the captain of Lions Rugby Club is the youngest player in the Ghana league.

The student of Cape Coast University featured in all international games played by Ghana and crowned the year by leading the Ghana Rugby Women’s Sevens national team, the Ghana Eagles winning the 2019 Rugby Africa Women’s Challenge Trophy in Monastir-Tunisia.

Anita Halm is conceded a special athlete because she doubles playing Rugby and Taekwondo, combining with higher education.

Alex playing for Conquerors SC was instrumental in Ghana's participation in the rugby qualifiers for the Olympic Games and the Africa Rugby Sevens Championship.

SWAG Awards, the longest-running award scheme in Ghana rewards top-performing Sportsmen and Women over the year and recognises the efforts of persons involved in Sports development.