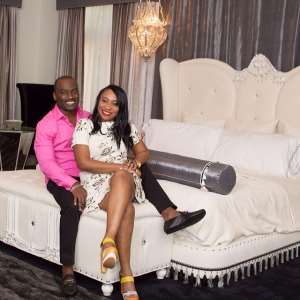 The daughter of billionaire business man, Sir Michael Negbenebor and wife to Dayo Adeneye of Primetime Africa, Caroline Adeneye (Nee Negbenebor), has confirmed the abduction, last weekend, of her father, the Chairman, Soccer group of companies, and Negbenebor International School.

According to her, her family has paid the ransom the kidnappers asked for but her dad is yet to be released. When Mrs Caroline was contacted, she said:

“Its true he was kidnapped last week Sunday in Benin. The kidnappers asked for a ransom which we have paid on Tuesday 26th August, 2014, and till now he has not been released. When asked how much ransom was paid to the kidnappers, Caroline refused to disclose the amount paid, for security reasons and also considering the fact that her father is yet to return home. “ I cant disclose the amount we paid” she said.

Love In The Heart Of Nollywood Actress, Genevieve Nnaji