Dr. Kwame Anim-Boamah; A True Hero Of Our Time 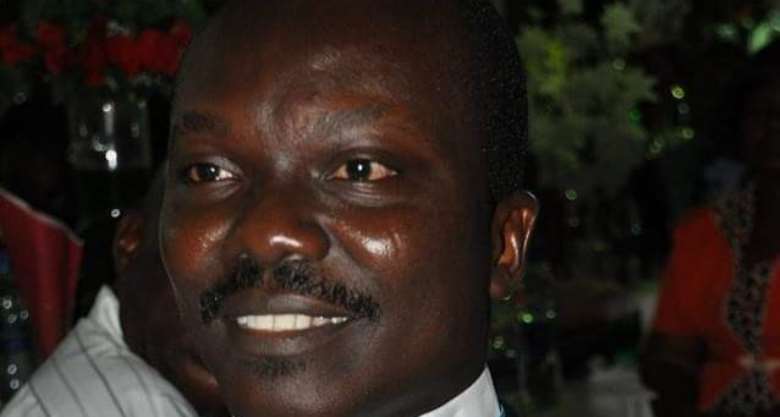 On the morning of 6th March (a few years ago), I was readying to partake in the Begoro annual district fun games. While bathing, my mobile phone rang. It was the maternity DH-B calling.

My first thought even before picking the call was that it was not going to be a holiday for me. On the other line was the frenetic voice of the midwife: Staff X has been rushed to the hospital after she collapsed at home and is not looking good.

She was in her third trimester, hypotensive, pale-looking, weak and thread pulse and moaning with severe lower abdominal pain. Her husband who was at the bedside gave a quick history and with a focused examination, my impression was that she was in Hypovolemic shock secondary to ruptured uterus. Resuscitation was with lightning speed we got the theatre ready.

A crucial lesson when managing such emergencies is the need to call for help early. At this time it was all hands on deck. I quickly placed a call to Dr. Awuku of Nsawam Government Hospital to inform him about the case. Immediately he was worried and gave me some guidelines and wished me God's blessing. Unfortunately the physician in the nearest hospital was out of town. The hospital was thrown into panic mode, one of her own was battling for her life!

We spent an hour in theatre with no progress, and as the clock ticked, so did our hope wane. A saviour was needed! Suddenly the theatre doors opened and in walked Dr. Anim Boamah fully gowned.

He was godsent! He took over the surgery and after three more hours surgery, the patient survived.

I got to know that Dr. Awuku had spoken to Dr. Anim Boamah after my SOS call. He had immediately left Koforidua to Begoro, an hour and half journey with bad roads to boot.

This sacrifice alone shows the nature of this man. His dedication to duty is unmatched, his response when duty called even at the oddest of hours is what every physician should aspire to. His passion for excellence makes him unique.

I first met Dr. Anim Boamah as a young medical officer posted to the Eastern Region during a surgical skills training workshop organized for newly posted medical Officers. I was marvelled at his skills. His tutelage was phenomenal and the skills I learnt from him keeps me going.

As a manager, he was exceptional. His legacy at the Eastern Regional Hospital will never be forgotten. Within a few years as head of the facility, he transformed it into the best managed regional hospital in Ghana.

He was a pillar in the fight to reduce maternal mortality in the Eastern Region. In spite of his busy schedule, he still found time to organise safe motherhood training programs for midwives and doctors in various districts in the Eastern Region. He was instrumental in setting up social media (WhatsApp) platforms to combat maternal mortality. He was always a phone call away regardless of the time you call him.

A toast to you Dr. Anim Boamah. As you continue your service at the University of Ghana Medical Center, we know you will deliver. Our region has lost a pillar in maternal healthcare but you trained as well and we are determined to make you proud.

God be with you at your new place. May he bless you with more knowledge, grace and favour as you take on the challenge of managing a Quaternary Hospital. Cheers to greater heights sir!

Latest Photo Reports
Catch up with all the political quotes from our politicians.
Advertise here
More Article
ModernGhana Links
Meet the black family that once asked U.S. President Joe Biden to support Immigrants
C-KADD Global’s Reflections On 2022 Budget
Transitioning into cybersecurity with Zero IT background
Good Governance and the Fightback Against Africa’s Economic Slowdown
Ghana Can Become A Regional Maritime Hub Through Digitalization
Mr. White Man: A Knock on the Door of an American Ambassador
Can Naturopathic and Conventional Medical Practitioners Coexist in Ghana?
1.6 Million “Left Behind”: Errors in Ghana 2021 PHC report “exonerate” U.S. Census Bureau
Care for the Elderly in Ghana’s Changing Age Demographic
TOP STORIES