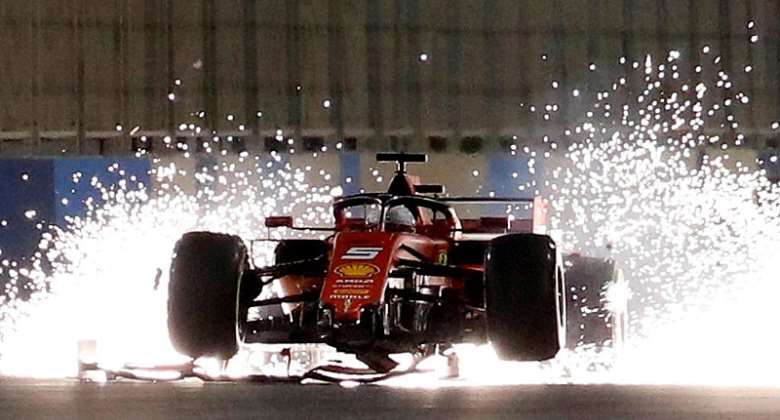 Just moments after organisers of the French Grand prix announced they were cancelling this year's race due to the coronavirus, their counterparts at Silverstone declared that the British Grand Prix would go ahead as scheduled on 19 July but behind closed doors.

Formula 1 bosses had lined up the French race on 28 June at Le Castellet as the launch pad for a season devastated by the coronavirus pandemic.

But even though the French government is likely to ease lockdown restrictions for schools and certain shops in the middle of May, it is believed bans on mass gatherings will continue.

“Given the evolution of the situation linked to the spread of the Covid-19 virus, the French Grand Prix takes note of the decisions announced by the French state, making it impossible to maintain our event," the race's managing director Eric Boullier said.

The French Grand Prix joins the races in Australia and Monaco to be scrapped while seven others have been postponed.

The Austrian Grand Prix on 5 July at the Red Bull Ring in Spielberg has been anointed as the start of the season. It could be behind closed doors, said Formula 1 boss Chase Carey.

Schedule rethink
“We're targeting races in Europe in July, August and the beginning of September,” he added.

F1 chiefs hope the circuit will then take in courses in Asia and America before the season culminates with events in Bahrain and Abu Dhabi.

Stuart Pringle, Silverstone's managing director, said: “We left the decision for as long as possible but it is abundantly clear given the current conditions ... that a Grand Prix under normal conditions is just not going to be possible."

Under Formula 1 rules, at least eight races need to be held for a season to be validated. However with 10 races cancelled or postponed since March, F1 bosses say the 2020 tour could be extended into 2021.