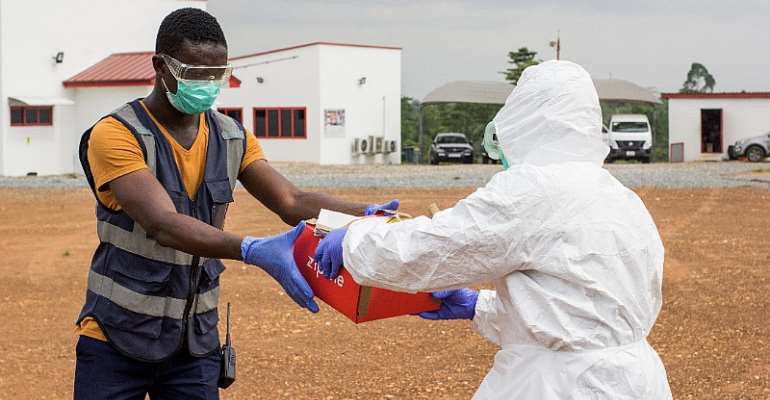 Since the detection of the novel type of coronavirus disease (COVID-19) in Wuhan City, Hubei Province of China, December 2019, which led to an outbreak throughout China and the rest of the world, which was eventually declared as pandemic by WHO on 11th March, 2020 [8]. Scientists around the world are trying very hard to beat the clock to develop vaccines in a record time to curb and curtail the COVID-19 pandemic to save lives. The scientists hard work is engulfed with dubious and unfounded conspiracies and the public is also inundated with disinformation (misinformation) since the outbreak.

Conspiracy theory is defined as a belief that an event or situation is the result of a secret plan made by powerful people [2]. These are some of coronavirus (COVID-19) contagion conspiracy theories that went viral on social media and on the internet:

1. Covid-19 was deliberately created in a lab (bioweapon)

Most repetitions of the rumour claim that the virus was inadvertently released from a high-level infectious disease research lab in Wuhan, China and is the purported origin of the outbreak and some suggest that the virus itself was designed there to be used as a “bioweapon.” [9]. But a letter published in the journal "Nature" debunked this claim based on the findings of a study which looked at the genomic features of the virus. The analysis clearly showed that SARS-CoV-2 is not a laboratory construct or a purposefully manipulated virus because according to the study, the SARS-CoV-2 is not derived from any previously used virus backbone [11].

2. 5G mobile networks help spread COVID-19
Another derisory claim is that 5G technology help spreads coronavirus or weakens people's immune systems, making them susceptible to the COVID-19 [1]. This conspiracy theory has been condemned by the scientific community, scientists say the idea of a connection between COVID-19 and 5G is "complete rubbish" and biologically impossible to spread the virus via 5G technology [3].

3. Bill Gates masterminded the pandemic
A number of conspiracy theories are blaming Bill Gates for the spread of the virus have been circulating on social media since January [15]. Among them are claims that Bill Gates engineered the virus to advocate for widespread vaccination. This unsubstantiated accusation was underpinned by his speech on March, 2015 when he tried to warn the world that, the greatest threat to humanity was an infectious virus and not nuclear weapons or missiles [4]. Based on that lecture, some conspiracists concluded that, the Microsoft co-founder Bill Gates is to depopulate the planet using vaccines, 5G and the coronavirus [4] [14].

Not many had heard of hydroxychloroquine at the start of the year. Back in January, some doctors in China began treating COVID-19 patients with the anti-malarial drug. But it was just one of many treatments attempted to stave off the quickly spreading virus. The question is, how did hydroxychloroquine go from an experimental treatment to being touted by President Donald Trump as a "game changer" in the fight against novel coronavirus? The Hydroxychloroquine is scientifically unproven claim, social media has helped raise the profile of the drug but up-to-date the drug effectiveness and efficacy still remain to be seen or not seen [7].

2. The COVID-19 vaccine will contain a microchip
Despite the majority of us keeping our fingers crossed for a COVID-19 vaccine to be developed as soon as possible, others on the internet are sceptical about the benefits of a such a cure. In fact, Youtuber David Icke, claimed that a coronavirus vaccine, when is develop will contain ''nanotechnology microchips'' which aid and allow humans to be controlled [6]. His unfounded story was not supported by facts just speculation and hoax conclusions. Due to some of these falsehood information, Twitter updated its COVID-19 policies to require users remove tweets making unverified claims that instigate people to action and cause widespread panic, social unrest or large-scale disorder. Twitter has removed over 2,230 misleading tweets in the last month [13].

3. Coronavirus can be prevented by drinking alcohol and it is killed by cold or heat

A confusion of rumours about COVID-19 that it can be averted by drinking alcohol; that the virus is killed by exposure to cold or conversely to heat or that being able to hold your breath for 10 seconds means you are free from the virus are circulating on social media that is a particular way of protecting yourself and a cure for the virus. They are not proven, many are downright wrong and they are putting people at risk, giving them a false sense of security [5].

Scientific evidence on COVID-19
Where did it come from and how did it first infect humans?

The SARS-CoV-2 virus almost certainly originated in bats, which have evolved fierce immune responses to viruses, researchers have discovered. These defences drive viruses to replicate faster so that they can get pass the bats' immune defences. In turn, that transforms the bat into a reservoir of rapidly reproducing and highly transmissible viruses. Then when these bat viruses move into other mammals, creatures that lack a fast-response immune system, the viruses quickly spread into their new hosts. Most evidence suggests that SARS-CoV-2 started infecting humans via an intermediary species, such as pangolins [12].

More Opinion
ModernGhana Links
"YOUR CUP IS FULL" - A response to the comments of the Finance Minister – Richard Kweitey TETTEH
Ghana is not a political party and its citizens are not party members either
The police must release Shatta Wale immediately and apologise to him
Who benefits from the creation of the new block AUKUS?
Funny Face and Shatta Wale got it all wrong
Anglo Gold Ashanti: Provide answers to your opaque, shady deals
Problems facing people in the rural areas.
We Bono youths are solidly behind Dormaahene on his radical approach to the Anti-LGBTQI+ Bill
Hon. Ramadan a friend by action; A servant in deeds
TOP STORIES

Don’t give literal meaning to Akufo-Addo’s response to Torbg...
13 minutes ago