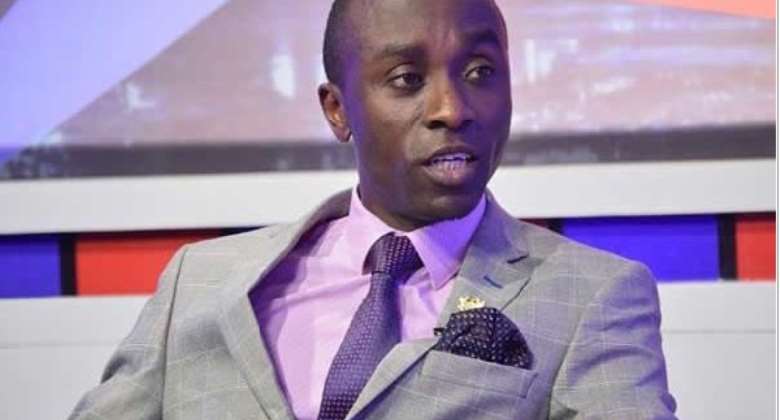 As Ghana prepares for the forthcoming general elections, John Mahama and his henchmen have their eyes on something else. They would rather achieve political power through the backdoor.

Is it any surprise that member of parliament for North Tongu Samuel Okudzeto Ablakwa is preaching violent upheaval in Ghana?

Just hear him; "Ghana is headed for an Arab spring if the country does not immediately usher in a new economic paradigm anchored on social justice and genuine empowerment of the masses."

Okudzeto Ablakwa continued that equity does not exist in Ghana and that will be the fall of the country because the citizens have over the years not been given priority.

“We should not think we are far from an Arab spring scenario if we do not immediately usher in a new economic paradigm anchored on social justice and genuine empowerment of the masses”. He said.

'Arab Spring' in Ghana?
I would have dismissed this as one of those propagandist brouhaha that find their way unto the public space but for the source and medium from which we have been availed with the said tantrums.

Okudzeto Ablakwa's recklessness and shenanigans are all rooted in Mahama's inordinate quest for power.

It also reflects his insatiable thirst for bloodshed and proclivity to political cannibalism.

And Mahama is prepared to sacrifice the peace and stability of Ghana for political power. Otherwise, what on earth will make a man who once ruled this country attempt to return with this kind of mindset?

I don’t want to sound condescending; however, I am amazed by the shallowness of the Ablakwa and his boss in trying to go on this path. Was the preceding the reason why Mahama launched his "First Coup D'tat" through a book?

Well, let it be known to Mahama that he may have succeeded in "toppling" Mills in his second 'Coup d'tat' but he will fail woefully with his third attempt by way of destabilising this country for political power.

Like our colonial masters, some NDC politicians and Mahama mistake the Ghanaian public for injudicious preschoolers in need of parental tutelage. Unbeknownst to them, the Ghanaian public has maturated, and understands the implications of politics even better, than some of these “unqualified” politicians who have swamped the centre of power for economic paybacks and kickbacks.

Ghana is enjoying political and economic stability under President Akufo-Addo. Regardless of whether you like him or not he’s doing exactly what the people elected him to do.

He was given a mandate from the people in a democratic election and he’s following up on his campaign promises. President Akufo-Addo promised to run a transparent and accountable government. Many challenges still confront us as people but he is definitely laying the solid foundation necessary to attain the objective of a transformed industrialized nation.

No one is interested in Mahama and what he's offering by way of violence.