Anti-malaria hydroxychloroquine is no cure for Covid-19, US study says 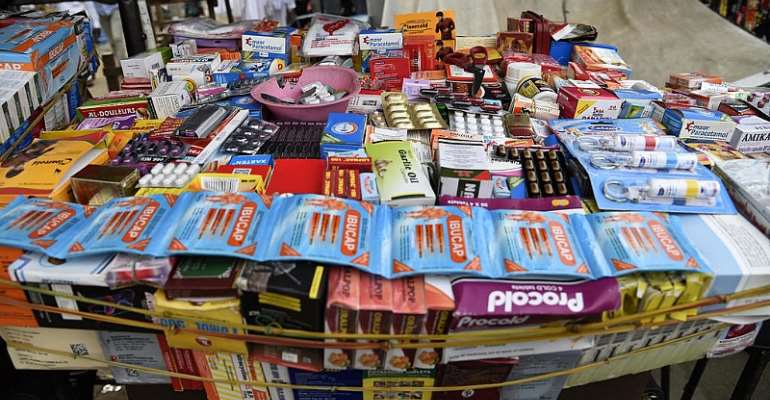 A United States study shows that there are no benefits to take hydroxychloroquine alone or with an antibiotic to treat Covid-19. This despite President Donald Trump declaring it a miracle cure after endorsing French Professor Didier Raoult's claims the drug can treat patients.

The study shows that  Covid-19 patients taking hydroxychloroquine -a drug used in malaria treatment - are just as likely to need ventilators as those that don't. It also claims that there is a higher mortality rate among those who took hydroxychloroquine on its own.

Researchers in Virginia and South Carolina reviewed the medical charts of 368 male US war veterans with Covid-19 who were hospitalised since 9 March and who either died or were discharged by 11 April.

"An association of increased overall mortality was identified in patients treated with hydroxychloroquine alone.

Early findings
The study was published on 21 April on medRxiv, a medical preprint site, which means that it has not yet been peer-reviewed, nor has it been published in a medical journal.

"In this study, we found no evidence that use of hydroxychloroquine, either with or without azithromycin, reduced the risk of mechanical ventilation in patients hospitalized with Covid-19," the authors wrote.

One of the shortcomings of this US study is that it did not assign people randomly to groups, because it was a retrospective analysis, meaning it looked back on what had already happened.

Another drawback is that the results are hard to generalise because the population was highly specific: most of the patients were male, with a median age over 65, and black, a group that is disproportionately affected by underlying illnesses like diabetes and heart disease.

Trump backs French scientist
In France, however, immunologist Professor Didier Raoult said his studies show that coronavirus infected patients can be cured when treated with hydroxychloroquine or a combination of hydroxychloroquine and the antibiotic azithromycin.

The findings of Raoult, who heads the infectious diseases department of La Timone hospital in Marseille, were equally endorsed as well as disputed by the global scientific community.

They also triggered a surge of worldwide interest in the drug where in the United States, President Trump called hydroxychloroquine a “game changer”.

“What do you have to lose? Take it,” Trump said.
The US President argued against waiting for clinical trials.

“In France, they had a very good test,” he said. “But we don't have time to go and say, 'Gee, let's take a couple of years and test it out, and let's go and test with the test tubes and the laboratories.'”

Meanwhile, Dr Anthony Fauci, the White House top medical adviser, said that hydroxychloroquine should not be considered a treatment for Covid-19 as there is no conclusive evidence to support using the drug.

President Akufo-Addo’s sterling leadership saved us from COV...
34 minutes ago