COVID-19: Techiman Market To Be Closed Over Social Distancing Issues 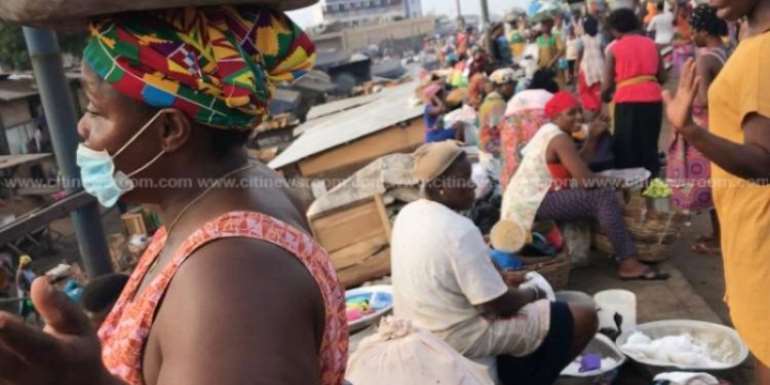 The Authorities at the Techiman Municipal Assembly in the Bono East Region have announced plans to temporarily close the Techiman Main Market to curb the spread of the novel coronavirus.

The temporary closure of the market takes effect from Wednesday, 22nd April 2020.

The Municipal Chief Executive for Techiman, John Donyina speaking to the media said: “The assembly has made some alternative arrangement to use school parks and some open spaces in town as satellite markets for the various groupings which will be on shift systems to give proper meaning to the social distancing protocol.”

This forms part of measures put in place by the assembly to deal with a possible outbreak of COVID-19 as traders across the country visit the market weekly.

“It is imperative that we take action now to protect the most vulnerable groups within the municipality. In view of this, the Techiman Security Council with Techiman Traditional Council and other stakeholders on Friday, 17 April 2020, having taken cognisance of how fast the virus could spread to the individuals has decided that the Techiman Market be closed temporarily,” he said.

The Minister for Local Government and Rural Development, Hajia Alima Mahama had earlier warned of an imminent closure of markets where vendors fail to comply with social distancing directives.

According to her, the need to enforce all relevant protocols to contain the spread of COVID-19 will be paramount in all dealings with the market vendors in the wake of the pandemic.

This follows nationwide disinfection of markets.

Traders at the Dr Mensah section of the Kumasi Central Market, Kpando and its environs in the Volta Region, Kasoa New and Old Markets were closed temporarily.

The Sekondi-Takoradi Metropolitan Assembly converted the Takoradi Jubilee Park into a market as a measure to enforce social distancing at the Takoradi Market Circle.

Your dictatorial, political bloodshed will be responded, we ...
58 minutes ago