Chiefs Have A Key Role To Play In Enforcing “Stay Home” Directive—Mrs. Jackson 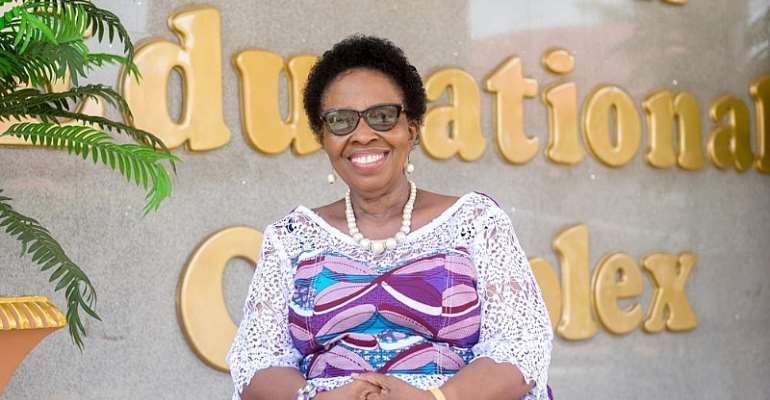 "Chiefs and other opinion leaders in various communities have key roles to play in the enforcement of restrictions on free movements in lockdown areas," Mrs. Theodosia Jackson, Principal of Jackson College of Education, has stated.

She said the involvement of chiefs and other opinion leaders such as pastors, imams, assembly members and members of parliament could go a long way to ensure compliance, particularly people's refusal people to stay home.

Such personalities, she noted, occupy positions of influence hence adding their voices to the President’s call for people to stay home could make a significant impact.

“Our chiefs and other community leaders, especially religious leaders must join the fight against COVID-19 in their localities”, she suggested.

According to her, this is the time for those in leadership positions to bring their influence to bear to complement the government’s efforts to contain the disease.

“I know some chiefs have started supporting their people with food and other items which I commend but they can do more by asking them to stay home to prevent community spread of the virus”, she observed

Mrs. Jackson said the directive for people to stay home is in the interest of the very people who are flouting it. Accordingly, she says that “it is worth enduring the inconvenience of the lockdown than exposing ourselves to the risk of being infected”.

She bemoaned the recalcitrant attitudes of some Ghanaians towards the fight against the disease and stressed the need for people to be health-conscious in the midst of such global pandemic.

She said it was disheartening how some compatriots in the health and security sectors are in the frontline risking their lives to protect the rest of the population from the virus only for people to flout simple directive to stay indoors.

“We must appreciate the sacrifices being made by the frontline workers at the peril of their lives by obeying the directives aimed at containing the disease”, she pleaded.

“Let’s come together as a people to confront the virus which is the common enemy to hasten the process of regaining our freedom for free movement”, she admonished.

She commended the government, health workers, security agencies and all auxiliary frontline workers for their relentless efforts towards the fight COVID-19 despite all the challenges.