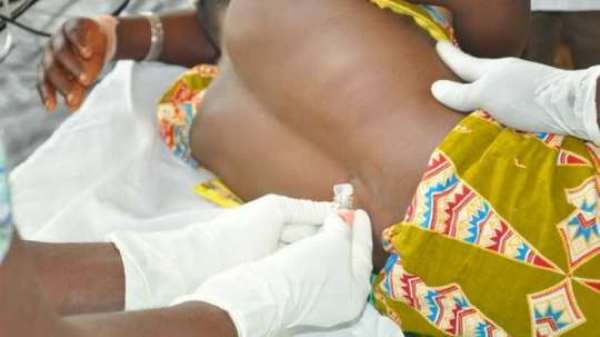 The Ghana Health Service has dispatched a team of experts to the Upper West Region to help fight the increasing number of Cerebrospinal Meningitis (CSM) cases in the area.

The number of deaths has also increased from 37 to 40.

Upper West Regional Minister, Dr. Hafiz Bin Salih who disclosed these in an interview with Citi News said one of the experts arrived from Accra today, Thursday while two others are expected in the region on Friday.

“With regards to CSM, there are 258 confirmed cases with 40 deaths. As I have always indicated, we have enough medication to administer to patients. So, what we have to continue doing is to educate people to report early to the health facilities. We have realized that this is the major cause of the deaths. They report late when all hope is lost. But, if they report early, the situation can be managed.”

“The pleasant thing is that having reported the issue to the Director-General of the Ghana Health Service and the Minister of Health, they have sent an expert to come to the Upper West Region to assess the CSM situation in the Region. I am also reliably informed by the Director-General that, two other experts will be coming so that together we will study the situation and recommend immediate measures that we could implement to bring the issue to an end,” he noted.

Last week, the GHS commenced an audit of the CSM related deaths in the Upper West Region.

The outcome of the audit is to enable the Ghana Health Service to review treatment protocols on the endemic to prevent the recurrence of the high incidence of deaths in the region.

The Regional Health Directorate has cited the Nadowli Kaleo district and the Nandom municipality as the hardest-hit areas.

Meningitis can lead to serious long-term consequences such as deafness, epilepsy, hydrocephalus, or cognitive deficits, especially if not treated quickly.

In 2015, meningitis occurred in about 8.7 million people worldwide which resulted in 379,000 deaths.

The Upper West Regional Director of health services, Dr. Osei Kuffuor Afreh has also expressed worry over the failure of most residents in the Upper West Region to adhere to safety protocols to help reduce meningitis in the area.

“When we mention social distancing, it should also work for meningitis, but unfortunately from the field visits that we have conducted, we realised that people are not adhering to social distancing. People are still gathering at night, people are still grouping to do their normal things. So, the only disadvantage we have is that, we have not been able to quarantine anybody for meningitis.”