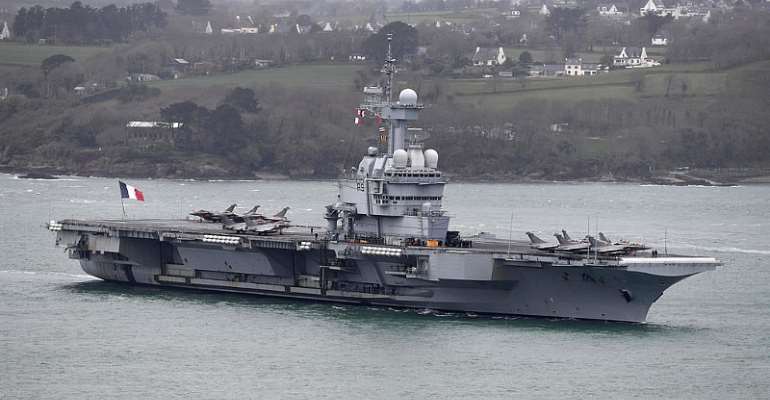 Some 20 French sailors remain hospital following an outbreak of Covid-19 in the naval group of the aircraft carrier Charles de Gaulle. More than 650 marines have tested positive for the coronavirus, most from the carrier itself.

"There are about 20 at the moment in hospital. Out of the 20, one is in the re-animation ward and in a stable case," French navy spokesman Eric Lavault told RMC radio Thursday.

The statement comes a day after the French armed forces said 1,767 marines -- most from the Charles de Gaulle carrier itself -- had been evaluated and at least 668 had tested positive for the coronavirus.

The carrier sailed for the eastern Mediterranean on 21 January to reinforce French military operations against Islamist militants in Iraq and Syria.

It participated in exercises with northern European navies in the Baltic Sea before returning to France two weeks earlier than planned when sailors began showing coronavirus symptoms.

The carrier which had helicopters and fighter jets on board, was accompanied by two frigates -- one for aerial defence and the other an anti-submarine vessel.

Sailors from the Charles de Gaulle, one of the frigates and the pilots who returned the aircraft to their respective bases, have all been placed in isolation for 14 days, the ministry said.

No outbreak was declared on the other frigate.

Fuel price increases: Akufo-Addo, Bawumia callous about the ...
30 minutes ago

Cape Coast Airport will be constructed at all cost - Akufo-A...
30 minutes ago