India extends lockdown to May 3rd, but restictions in some areas could be lifted earlier 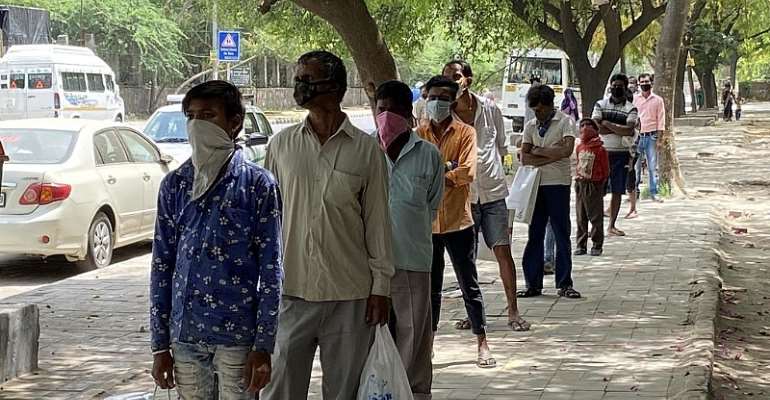 India has extended the current lockdown to 3 May to control the spread of Covid-19. Restrictions could be reviewed for the least affected parts of the country on 20 April.

In his address to the nation on Tuesday Prime Minister Narender Modi said the current lockdown would continue and restrictions would be extended until 3 May to stem the spread of Covid-19. Furthermore, he added that the lockdown will be enforced even more strictly from here on.

The current lockdown which began on 25 March was due to end on 14 April.

"Till April 20, each district, each state will be monitored closely to see whether the lockdown is being followed. Then we can decide on relaxing the restriction,” Modi said in 25-minute long national address. This is his fourth address to the nation in one month.

New guidelines have been developed, Modi said, with details on how to take this forward. The focus of these guidelines will be for the poorer sections of society who have been worst hit by the lockdown.

“We will issue detailed guidelines tomorrow. We are making attempts so that farmers and the poor are least affected. With patience, we can defeat the coronavirus,” he said.

Unlike his 24 March address, Modi made a point of adressing issues of food supply and health services. The supply chain will not be harmed at all, he promised, and the government will ensure that the harvest will continue as planned.

India has at least 10,363 Covid-19 cases and there have been 339 deaths, according to health ministry data.

As of 12 April, Covid-19 cases were reported in at least 354 districts, which is nearly every second district in the country. However, 228 of these 354 districts recorded less than 10 positive cases.

However, the Prime Minister did not reveal an economic plan or package for the country despite repeated pleas from chief ministers for urgent measures that could help states tide over the current gloom.

This was an issue that opposition parties were quick to pounce on. Several Congress leaders including Abhishek Singhvi and P Chidambaram lashed out against the extension without spelling out a concrete package for migrant laborers who have been forced to flee the big cities.

“The Prime Minister's address 'without specific guidelines is like Hamlet without Prince of Denmark,” said Singhvi.

“The poor have been left to fend for themselves for 21+19 days, including practically soliciting food. There is money, there is food, but the government will not release either money or food,” said former finance minister Chidambaram.

The exodus of thousands of scared and starving migrant workers from the country's major cities has become a “bigger problem” than the virus outbreak itself, according to rights activists.

“If not the virus, hunger will kill them. This is a huge humanitarian crisis and nothing is being done for them. We will understand the true gravity soon” rights activist Harsh Mander told RFI.

With construction sites, offices and factories closed to contain the spread of Covid-19, those who have historically flocked to India's metropolises looking for unskilled work have either fled en masse or have been stopped on highways and put up in relief camps.

Tens of thousands of migrant workers have been put up temporarily in schools, political headquarters and existing homeless shelters requisitioned for that purpose.

Besides, access to food, medicines and emergency medical care for non-Covid-19 patients has become difficult for the poor.

Modi, who held a meeting with chief ministers over the weekend on the continuance of the lockdown, asserted that it was India's “holistic and integrated approach” that helped the country fare better than many other nations.

'I'm not a fool to build sugar factory with no raw material ...
6 minutes ago

How 'lame' if Netherlands visa denial is penalty for support...
6 minutes ago