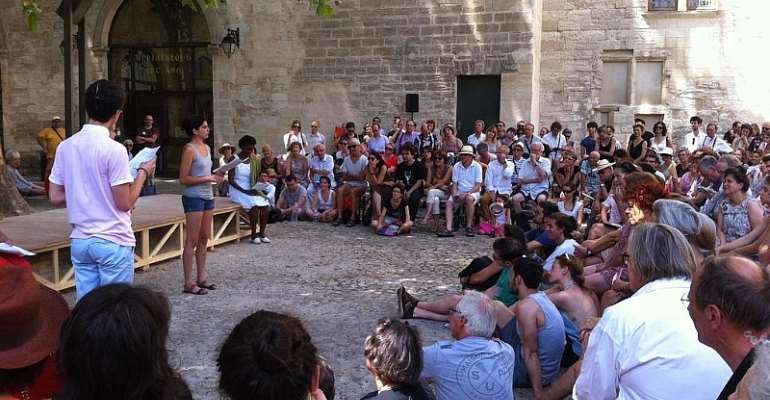 Avignon is the latest festival to be cancelled in France because of the coronavirus outbreak. In a speech Monday evening, French President Emmanuel Macron said all cultural festivals would be cancelled at least through mid-July, and he announced additional financial aid for cultural institutions hit by confinement regulations.

"We had held out hope for so long that it would be allowed, but the situation imposes a different scenario. Our duty is to preserve and invent the future of the Avignon festival,” said director Olivier Py and managing director Paul Rodin in a statement, hours after Macron's televised address.

The president said France's lockdown could be lifted as of 12 May, but that big festivals would not be allowed until mid-July at the earliest, and theatres and cinemas (along with cafes and restaurants) would remained closed.

Financial aid for culture
Avignon, the most famous celebration of theatre, had been set for 3-23 July. It draws 700,000 visitors to the official and “off” versions, and it is estimated to lose 100 million euros with the cancellation.

Macron said Monday that there would be additional government aid for businesses, notably in the culture sector.

“Very soon a specific plan will be put in place for sectors like… culture and events, which will be impacted in the long term,” he said, evoking the cancellation of social charges and specific financial support.

Culture minister Franck Riester tweeted that the ministry will support the culture sector. Measures will likely be detailed in a coronavirus exit bill that the government is expected to present to parliament in the coming days.

Other festivals cancelled
The Cannes film festival, which was planned for May, was called off on 19 March, and organisers had imagined rescheduling for end of June, but with the new announcement it will likely be cancelled altogether.

The Solidays festival, outside of Paris, planned for 19-21 June, decided this week to cancel. Director Luc Barruet said the organisation is considering alternate ways to support the health support programmes funded by the festival. In 2019 the festival raised some three million euros for 80 associations working in 22 countries.

Over 65 per cent of tickets already sold to see acts like the Black Eyed Peas, Anderson. Paak, Metronomy and Aya Nakamura.