Do You Prefer A Policy That Serves The Interests Of Many People To The One Serving A Few People Or One Person? 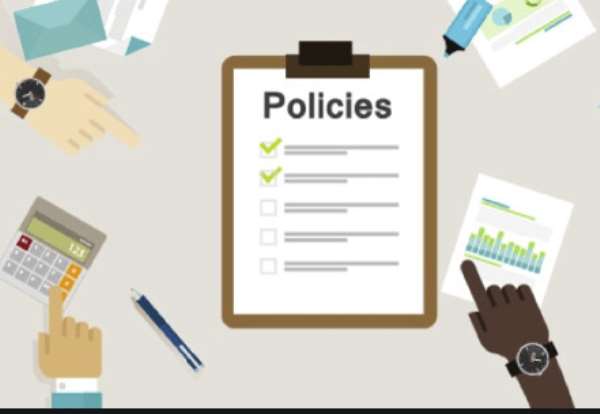 This is a direct question to you as an individual within a group of people or within a nation. Dear Reader, will you be happy to see a policy designed to serve only the best interests of a particular person within a group of which you are a member, or you will rather prefer a policy that is formulated and enforced to serve the interests of all members of the group, and possibly equally? Be honest and tell me, or tell somebody, what your preference will be.

It could be a very tricky question but it should not take you much time and thinking to give the answer if you were going, to be honest. The answer must come out of your mouth even before the asking of the question terminates.

Personally, I will prefer a policy or a programme that serves the best interests of many people or the entire citizenry of a nation to one that serves only the best interests of one person or a few people in the country. If you reason same as me, then ask yourself, why is it that some people elected or appointed to public office and entrusted with power to ensure the safety and welfare of the general public, rather intentionally turn out to serve the interests of the few elites in the society, or themselves, and always get away with it? Should they not be held to account?

In many a case, he who raises a concern about, or objection to, a person in higher position bending the rules to favour one person or a few persons to the detriment of the many is often seen as the bad person hence treated with scorn. When a leader, a politician or a judge is bending the rules to favour one person because of his position as say, a super traditional overlord, they see it as right. They often think failing to do the wish of that super person, although in a democratic country, will amount to tarnishing the reputation of that person. It will incur that person public ridicule hence anything possible must be done to avoid that occurring even if the law was to be bent backwards for that super person.

I don't really get it. And, it really gets to me to see the Ghanaian society and almost all the African countries operating this type of absurd policy and philosophy to finally result in a few people stealing their nation's funds to deprive the nation of the much-needed funds to develop the nation. Such behaviour leads to abuse of power by the few that are favoured. They resultantly become human monsters unconsciously created by society through the deplorable acts of favouritism, nepotism, cronyism, tribalism, and elitism as practised by those elected or appointed to higher positions of trust.

I personally deplore that Ghanaian attitude where laws made to be no respecter of persons are rather bent to respect one or a few persons to the exclusion of the greater majority.

I shall always blame the Ghana judicial system for the underdevelopment of Ghana. For their abundance of shameless love of corruption, twisting judgment to favour the highest bidder or the so-called powerful persons or powerful traditional overlords, as it is undeniably obvious, there will always be detrimental perpetration and perpetuation of all sorts of crimes and malpractices in the country. Such indirectly sanctioned corrupt practices by the so-called highly elevated personalities in the country militate against the socio-economic development of the country hence rendering the overwhelming majority of the citizenry jobless and financially poor.

With the advent of the deadly novel coronavirus (COVID-19), the entire Ghanaian citizenry must begin to think hard as to either using all means possible to rid the nation of the baneful corruption or to allow fate to take its natural course where a few people will forever lord themselves over us with the unprofessional, shameful and corrupt elected or appointed officials bending the laws to facilitate such malpractices.

How I pray God invigorates me to wage a successful liberation war to extricate Ghana from the grips of corrupt officials, and especially, to wrestle Kumawuman from the oppressive dominion of a so-called "traditional overlord" who in his mind's eye has the power to make or break Ghana. No, such purported strong persons must be resisted or truncated to give way to stronger institutions able to bring prosperity, justice and peace to all and sundry.

This is the strongest philosophy of the writer, the no-nonsense son of Kumawu/Asiampa soil.

Until God wins the fight to set the captives free, I shall never rest until my dying days.

Although the soul is willing, the body is weak. However, I call on all the saints the world over to join me in intercessory prayers for God's protection, healing, blessings, guidance and success for all those fighting to make Ghana and their municipalities great, especially His Excellency the President, Nana Addo Dankwa Akufo-Addo, and Kumawuhene Barima Tweneboa Kodua V. God the Father, we are in challenging times so I pray for your glory to shine on your people. Please, deliver Ghana and the world from the hands of the deadly COVID-19 and all the human monsters who wish evil for the world, for Ghana and for your servants.

I commit the management of Modernghana, Ghanaweb and Sources radio Tv into your able hands as well as all those who have helped or are helping, in diverse ways, to bring justice from God to Kumawuman in their struggles with the ongoing Kumawu chieftaincy dispute.

I am dozing off so goodbye for now.
Rockson Adofo
Monday, 13 April 2020

Komenda Sugar factory to be operational in 2022 — Akufo-Addo...
13 minutes ago

MMDCEs confirmation: Henry Quartey is a master tactician, I ...
13 minutes ago