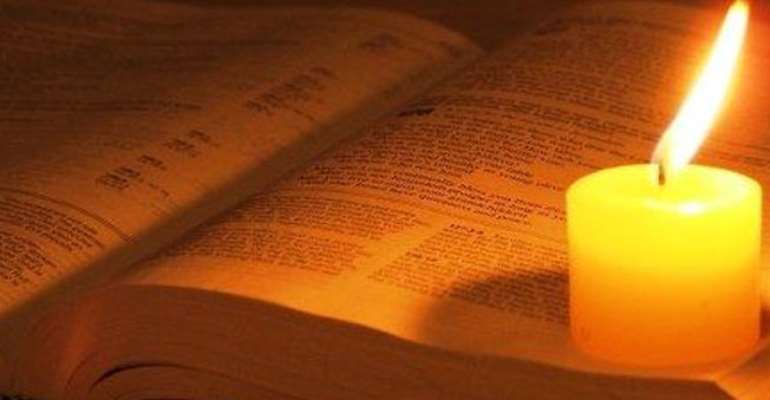 Biblically, it is a curse upon any nation or any king that molests its poor. God in most of the gospels warns against any attitude by kings or leaders of nations maltreating their poor through denying them justice.

In a country where people are denied justice, disrespected and molested because of their poor status, that nation does not prosper as it should. A vivid example is Ghana where it has been proven time and again that justice is sold to the highest bidder. These highest bidders are oftentimes the guilty parties if pronouncements of judgments were to be sincerely based on facts and available credible evidence submitted to the courts.

Subsequently, some people entrusted with power and are in higher positions, are often found to embezzle public funds and state assets with impunity. This denies the state of the needed public money to fund essential developments of collective interest to the entire citizenry. Again, diehard criminals are further emboldened to commit their crimes without the least fear of apprehension knowing they can bribe their way out of arrest. When such crimes thrive as a result of those in charge of ensuring the prevalence of justice in the nation failing to do their job properly because they are themselves corrupt and pursuing their selfish parochial interests and insatiable greed, the end result is a breakdown in law and the wrath of God coming upon the nation.

God is today saying to the judges of our courts, the political leaders, and the traditional overlords in Ghana what He sent his prophet to go and declare to the King of Judah as in Jeremiah 22:1-5. For easy accessibility of the bible quotation by those who may otherwise not have a bible handy or may feel too lazy to stretch their arm to fetch their bible to search for the verse as quoted, I shall reproduce the content below.

1 Thus says the Lord: "Go down to the house of the king of Judah, and there speak this word, 2 and say, 'Hear the word of the Lord, O king of Judah, you who sit on the throne of David, you and your servants and your people who enter these gates! 3 Thus says the Lord: "Execute judgment and righteousness, and deliver the plundered out of the hand of the oppressor. Do no wrong and do no violence to the stranger, the fatherless, or the widow, nor shed innocent blood in this place. 4 For if you indeed do this thing, then shall enter the gates of this house, riding on horses and in chariots, accompanied by servants and people, kings who sit on the throne of David. 5 But if you will not hear these words, I swear by Myself," says the Lord, "that this house shall become a desolation." ' "

I must be honest with myself and Ghana judges, political leaders and traditional overlords, you have all fallen short of this directive by God hence Ghana always going to foreign lands with one palm in another begging for alms to supplement our annual national budgets.

Tell me, which country in the world where the laws work fairly well for all does go to other countries soliciting foreign donations to supplement their national annual budgets year on year, except Ghana and other third world countries where corruption is rife because of the state institutions being so weak to punish only the poor people while leaving the rich, the hardened criminals, and the most powerful persons to plunder the nation and to plunder the poor?

The bible passage quoted above is self-explanatory that it needs not much expatiation so I shall end here while wishing that our judges, traditional overlords and politicians will abide by what God told the King of Judah, for Ghana to prosper.

May I then seize this opportunity to remind any judge handling the ongoing Kumawu chieftaincy dispute to be fair and not to twist justice to deny the innocent, but poor party in the case the favourable verdict due him or her or them. For if they fail to abide by God's wish to deliver the plundered from the oppressor, God's generational curse and punishment await them and their offspring.

Whoever comes across this publication please forward it to any leader, politician or judge that you know.

More Feature Article
ModernGhana Links
Will India's 1 billion vaccination-dose-milestone be catalytic for vaccinating all?
Nana Kwame Ampadu, I, Brings Highlife Full Circle – Part 5
Melbourne: The Longest in Lockdown
Out of ignorance and stupidity, some Ghanaians still believe that John Dramani Mahama won election 2020
1D1F Should Consider Charcoal Factory as we Return to Nature!
Climate Change – Our Quotum
The rebirth of nation wreckers in Ghana
Mahama Will Rule For Eight Years Instead Of Constitutional Four – Nigel Gaisie’s Desperation
Be Wise, Seasons Change.
TOP STORIES