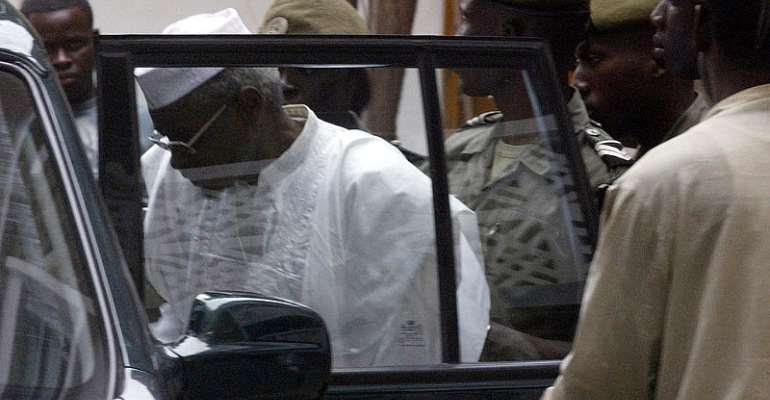 Hissene Habré, the former Chadian president, has been granted a 60-day home release from jail in Senegal to make room for new detainees in Covid-19 quarantine. Convicted of crimes against humanity, the 78-year-old was said to be vulnerable to catching the coronavirus. His victims have slammed his release.

"It's a mortal blow," says Assane Dioma Ndiaye, a lawyer representing a group of Hissène Habré's victims in Senegal.

"His victims do not understand how Senegal came to this decision and question whether Dakar has the jurisdiction to pardon him," Ndiaye told RFI.

Habré was convicted of war crimes and crimes against humanity, including killings, torture and rape at an African Union-backed trial in 2016. He was sentenced to life in prison and jailed in the Senegalese capital.

A Chadian commission of inquiry estimated that 40,000 people were killed during his leadership of the West African country in the 1980s, although the exact number of his victims is not known.

”Habré is not freed, he is still in prison, only the place has changed," said Senegal's Justice Minister Malick Sall in a bid to reassure critics.

His lawyer Mamadou Diawara had requested 60 days' leave for Habré saying his age meant he was "particularly vulnerable" to the coronavirus pandemic, according to the judge's order obtained by AFP.

The decision to temporarily release the ex-leader is in response to an appeal by the United Nations to free older, sick and low-risk detainees to avoid the spread of Covid-19 in prisons.

Judge Boubacar Ndiaye noted that the Cap Manuel prison, where Habré was imprisoned, had been selected by the Senegalese authorities to hold newly arrested detainees in solitary confinement while they are under quarantine to avoid Covid-19 spreading through the jail.

For months, there has been speculation about Habré's frail health after his wife reported that he had fractured his arm during a fall in November 2019.

However, for victims' groups, "the health crisis should not be used as an excuse for the early release of Hissène Habré."

Clement Abaifouta, the president of an association of Habré's victims, argued that the former president was housed in relative isolation in prison, and had access to health care, so was unlikely to be affected by Covid-19.

Habré fled to Senegal in 1990 after he was overthrown by Idriss Déby, who has held power since. The former dictator lived freely for more than 20 years in an upmarket Dakar suburb with his wife and children.

Dubbed "Africa's Pinochet", Habré was finally arrested in 2013 and tried by a special tribunal set up by the African Union under a deal with Senegal.

His conviction, in an African court specially set up for the occasion, was the long-awaited culmination of years of campaigning by his victims.