China’ Covid-19 about-face: From 'sick man in Asia' to 'savior of the world' 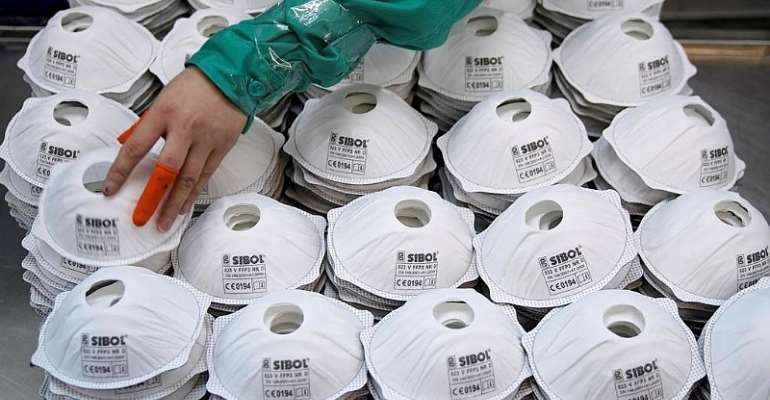 China has stepped up the propaganda accompanying its global distribution of face masks and other medical equipment. After accusations of being the source of the virus, Beijing is trying to turn the tide using aggressive counter-arguments while flooding infected countries with  what is often unusable equipment.

On the day that China commemorates its dead (see box bleow) Beijing claims it has the coronavirus crisis under control, that deaths are close to zero, and that the only new cases are people who entered China from abroad.

But critics question the veracity of China's official claims and figures, and a renewed lockdown of certain areas, including  the epicenter Wuhan last week suggests that the virus far from being under control.

Now, both China and the US areusing the coronavirus pandemic as a tool of propaganda in an increasingly nasty war of words.

Chinese scientists did report the outbreak
In spite of sharp US criticism, China did report the virus early. The Wuhan Municipal Health Commission did start reporting to the WHO on “a pulmonary disease” in a first statement on December 31, 2019, saying that 27 people had been infected after being in contact with the Huanan Fresh Seafood Market.

The market was closed on January 1. On January 7, Chinese scientists identified that the illness was caused by what was dubbed a “novel coronavirus.”

In a fifth report on January 11, the Commission said that 41 cases were found between December 8 and January 2, but that after January 3, no new cases were detected.

The WHO then issued a statement on January 12 saying that 41 cases of coronavirus were diagnosed of which one person died. A last statement, clearly underestimating the danger, claimed that “no additional cases were detected after January 3.”

Meanwhile, Chinese scientists, who initially named the virus the “WH (Wuhan)-Human 1”  virus had submitted a deep digging report on January 7, which was published by Nature magazine at the beginning of February.

The article describes samples taken from a 41 year old man who was working at the Wuhan Huanan Seafood market, showing a 91% similarity to a SARS-like coronavirus that is found in bats.  An article by 28 Chinese virologists published on 24 January by The Lancet, details test results on the 41 positive cases.

Three days after the article in Nature, Dr. Xiao Botao from South China University of Technology, Guangzhou, and Dr. Xiao Lei, from Wuhan University of Science and Technology, published an article describing a researcher who was “once attacked by a bat and the blood of the bat shot on his skin,” after which he self-isolated for 14 days.

It also states that experiments with bats were performed in the Wuhan Center for Disease Control and Prevention, which is only 280 meters away from the Seafood Market.

“Speculation was that Sars-CoV or its derivative might leak from the laboratory,” writes Xiao, adding that “in addition to origins of natural recombination and intermediate host, the killer virus probably originated from a laboratory in Wuhan.”

... but the government played them down
After these initial revelations, China quickly cracked down. The article by Xiao Botao and Xiao Lei disappeared from the international academic data base Research Gate, but can be re-traced through the Wayback Machine, the Internet's archive

At the same time, authorities muzzled whistleblowing doctors, until one of them, Li Wenliang died, causing a massive outcry on social media leaving Beijing no other option than admitting the problem.

The China National Health Commission started to publish daily updates of newly infected cases, death rates and recoveries, numbers that peaked at the end of February, causing another about face. After President Xi Jinping's visit to Wuhan on March 10, China turned from patient to doctor, exporting millions of face masks, tens of thousands of ventilators accompanied by medical personnel, initially to its Belt and Road allies, later also to more sceptical partners, such as France and the US.

The People's Republic Strikes Back
After China's about face and the spread of the virus to virtually all other countries in the world, Beijing faced increasing criticism by the US and some of its Western allies.

US diplomats, following President Donald Trump's criticism on China, launched a volley of criticism against Beijing, accusing it of “lack of transparency” and reporting the virus too late.

Zhao Lijian, an official spokesperson for the Chinese Ministry of Foreign Affairs, suggested that the virus may have originated in the US, and his remarks were echoed by ambassadors worldwide.

China expelled three Wall Street Journal reporters after the newspaper ran an article saying that "China is the real sick man of Asia" and increasedfootage of the bulky Russian Antonov 124 planes that brought millions of face masks, medical equipment, doctors and nurses to the worst hit areas.

Critics not silenced
But it didn't manage to silence the critics who say that China is "using the coronavirus crisis to split the EU". American diplomats also say that Beijing's official figures are heavily under reported.

One photo report, on the more liberal Caixin online publication, says that on two days in a row, trucks shipped in about 2,500 urns into one of Wuhan's eight mortuaries.

Another picture published by Caixin showed 3,500 urns piled up on the ground inside. It does not say how many urns were actually filled, but these count suggests a much higher number of deaths that the less-than-3000 number for Wuhan for the whole period from the beginning of the outbreak until now.